As do :: or :: diso enters its fourth year (hard to believe), we start this New Year with a topic that should be of interest to everyone.    do :: or :: diso first explained in issue no. 8, volleyball is a fast-moving sport 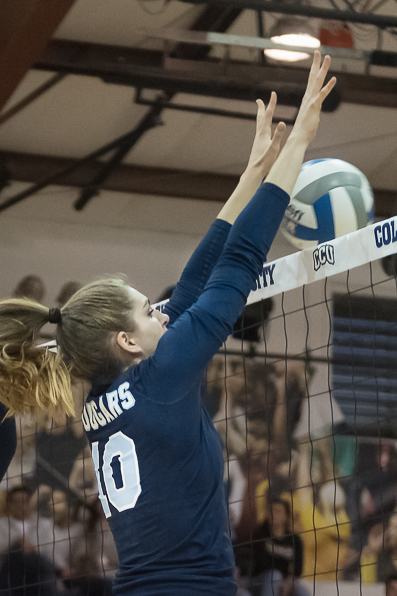 of intense emotion displayed by the athletes. Almost every point results in a fist pump, a joyful scream, and a huddle up by the both the point winning and point losing players. 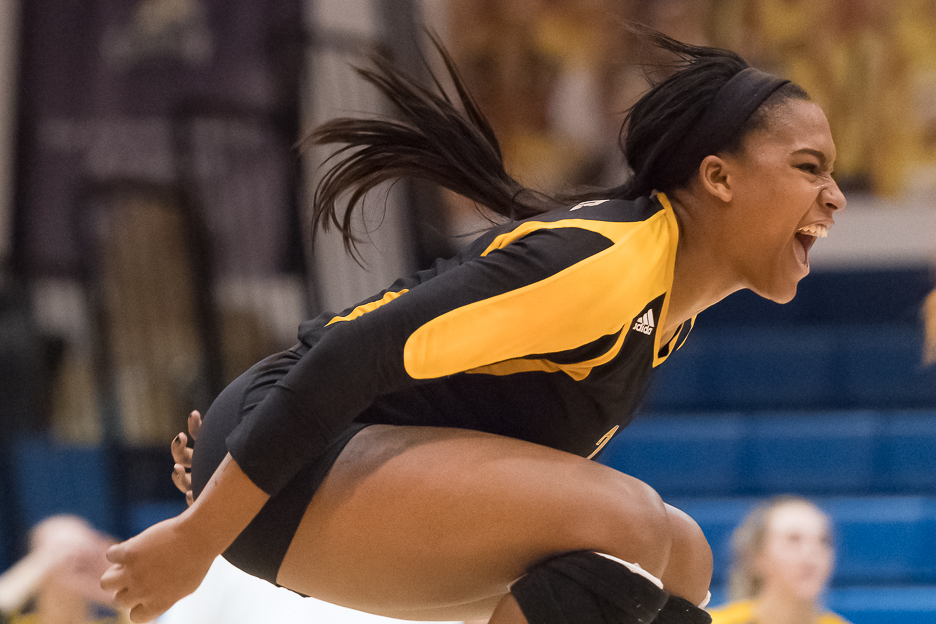 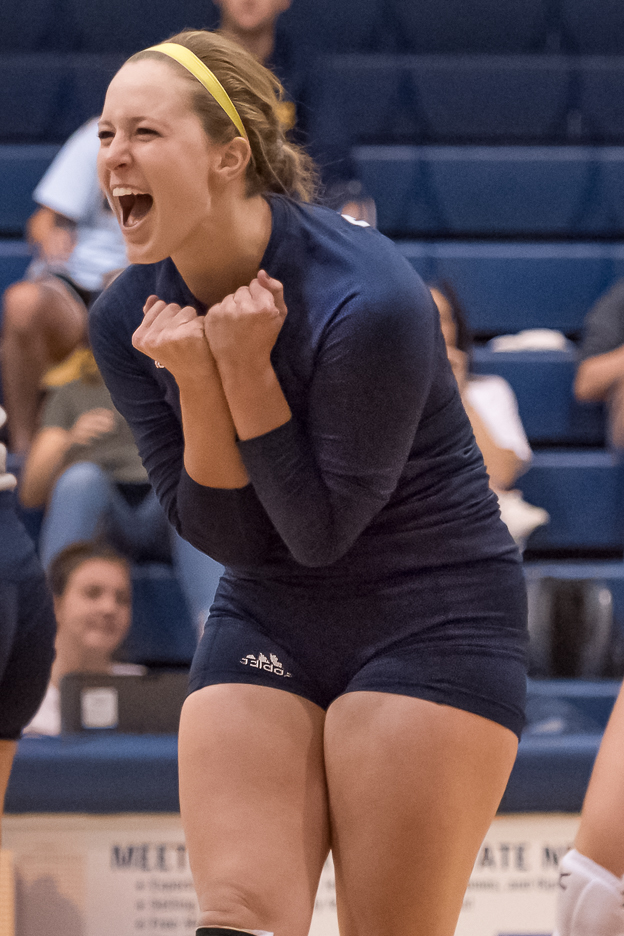 In addition to the action, the emotion, and the images you might be able to capture, shooting volleyball presents a good backdrop for a two-part series of how to get ACCESS! to shoot sports. Sports photography is not possible unless you have access to the action – a place on the floor of the arena or on the sidelines of the field proximate to the action where you are close enough to capture the emotion and speed of the sport.  Here is how I think through the issue of access and as a result, how I both do not do it and how I do it.   Because I often think of volleyball when I talk about access, the article will feature some recent volleyball shots. 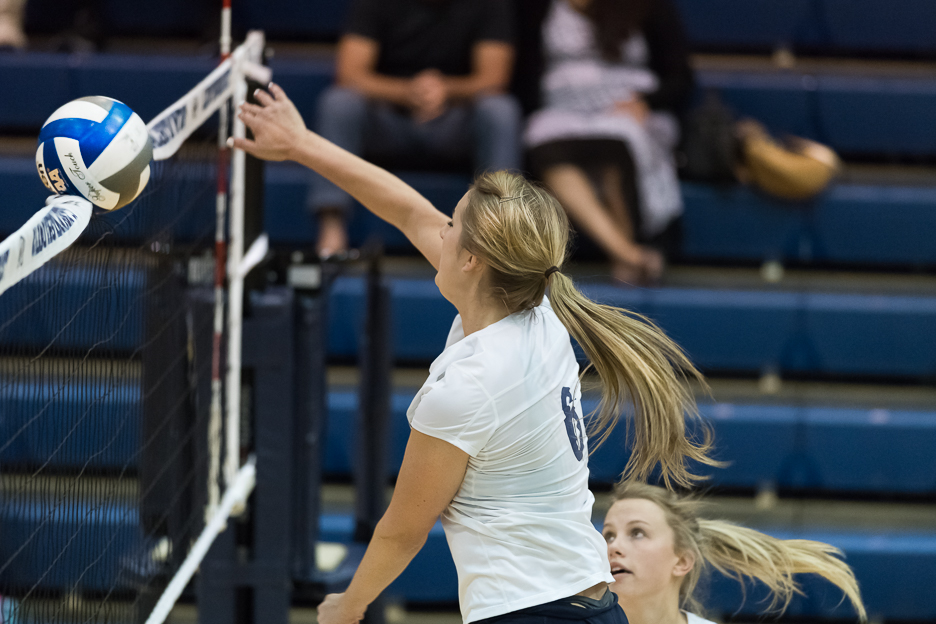 Why Do You Shoot Sports: Let’s start with me. I have a day job and while at times, it is a little hard to know whether my law practice or my photography is my primary endeavor, there is no question that I do not shoot images for a living. I am more than comfortable with that. You might be a beginner, an enthusiast, a hobbyist, or something more, but if you are not shooting for a living, and if you are not trying to feed a family of four with your images, then your quest to get access should and will have nothing to do with a desire to sell your images or get paid for your time. The Internet, and Facebook in particular, are full of pieces by professional photographers who shoot for a living appropriately complaining that more and more in the digital era, the world wants high quality images without paying a fair price for them. I sympathize completely but I don’t, or at least try not to, worry about that. Photography lets me use that other side of my brain that may be dormant when I argue with folks in my law cases. I shoot because I love to and it makes me a better person. For me, it is my art, and perhaps the only art I can produce because I am colorblind and I have concluded that I cannot draw, paint, carve, or otherwise create. So, as we discuss access, start by deciding if you are in this for the money (“Reason No. 1”), or just to satisfy the right hemisphere of your brain (“Reason No. 2”). If the former, this discussion will not be of help to you.  If it is the latter, then please read on. 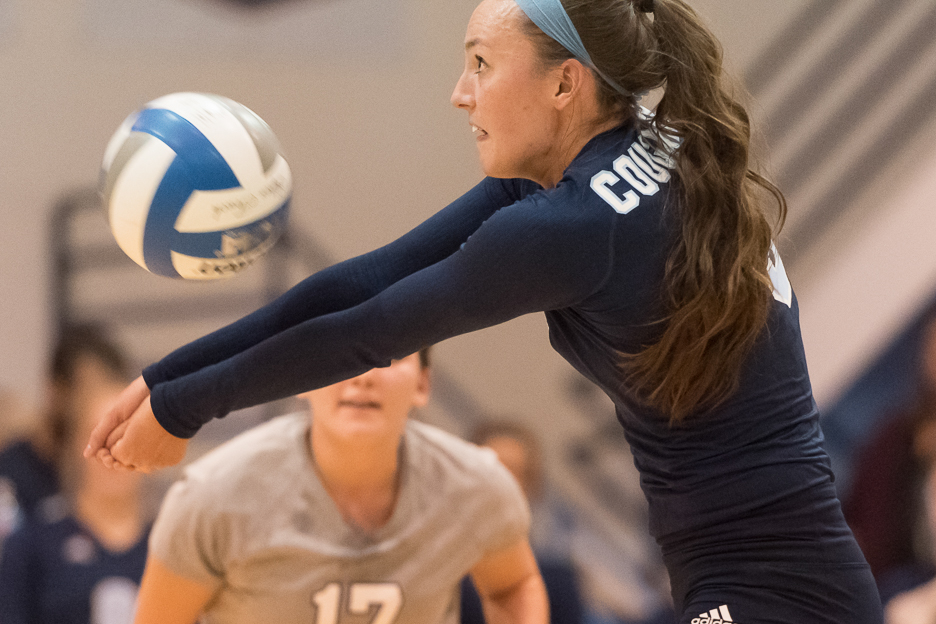 Could You Sell Your Sports Images: For all practical purposes, if the sale is not to the school or a media outlet, then you cannot sell your images at the college level. An example of NCAA rules goes something like this: “Except with the prior written approval of the NCAA, no photographer, news entity, media agency of other individual or entity receiving a credential may sell photos of the Division I Men’s Basketball Championship.” You don’t expect to shoot the Final Four you say? Not to worry. The NCAA has it covered:

“NCAA Bylaw 12.5.1.1(h): Any commercial items with names, likenesses or pictures of multiple student-athletes…may be sold only at the member institution at which the student-athletes are enrolled, the institution’s conference, institutionally controlled (owned and operated) outlets or outlets controlled by the charitable, educational or nonprofit organization…. Items that include an individual student-athlete’s name, picture or likeness (e.g., name on jersey, name or likeness on a bobblehead doll), other than informational items (e.g., media guide, schedule cards, institutional publications), may not be sold.”

There are more reasons you cannot and should not sell your sports images but this will give you an idea that in the absence of a media outlet who pays you to shoot, if you intend to abide by the rules (and you should) sale of the images is really not a way to go. This is just fine if you are reading this and shooting sports images for Reason No 2. 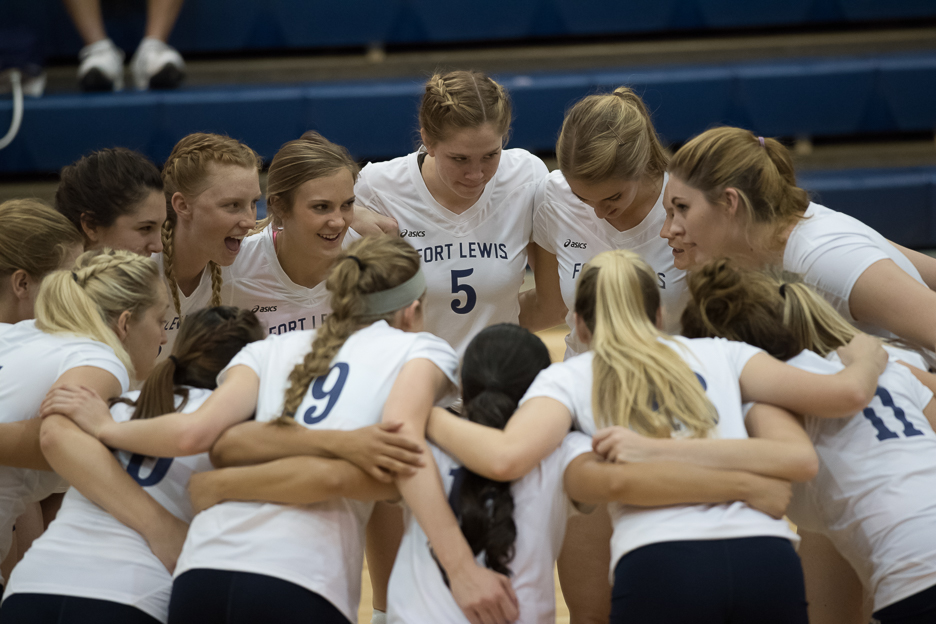 What Level of Competition Do You Want to Shoot: I love to shoot at the collegiate level, although I have certainly shot high school and occasionally a professional team here and there. I do very little high school shooting because I find it harder to find the person to grant access. Every staffer in high school is underpaid and overworked and while very dedicated to the kids, my experience has been that an athletic director or even a coach just does not have time or interest to respond to a “cold call” from me asking for permission to shoot a game or match. At high school age and younger, you are shooting minors and that creates yet more issues and could require parental involvement.  In addition, at the professional level, there are often rules limiting access to photographers who shoot for media outlets. I have occasionally done so, but finding a media outlet (or a favor) is much like looking for a job, and I have a day job. At least at this point in my life, I am not job-hunting and therefore, it is rare for me to shoot for a media outlet. That leaves the college world, about which there is much love. 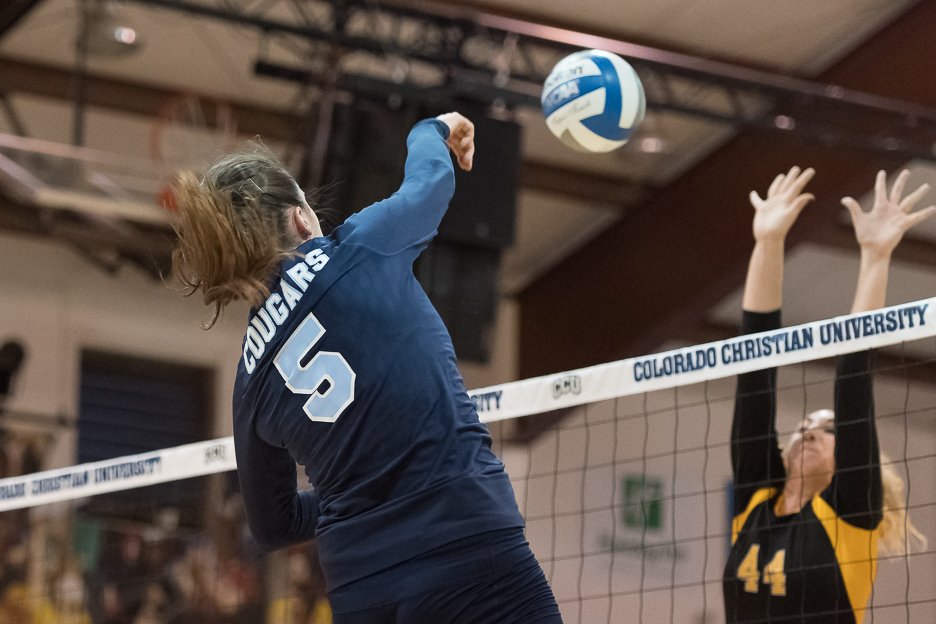 Some College Basics and Setting Your Expectations: There are three divisions in college athletics – division 1 (further divided for football into FBS and FCS), division 2, and division 3. D-1 institutions are the big-big schools in the big-big conferences that are on big-time television all the time, and that trade in big time athletes and big-big money. For the money sports of D-1 football and basketball,  schools grant access typically only to media outlets to cover and photograph. I have shot some D-1 big time football, and some mid-major D-1 basketball and both are a rush, but, to be sure, it is much harder to get access.  I have no good advice on shooting the D-1 money sports other than to know someone or at least someone who knows someone. 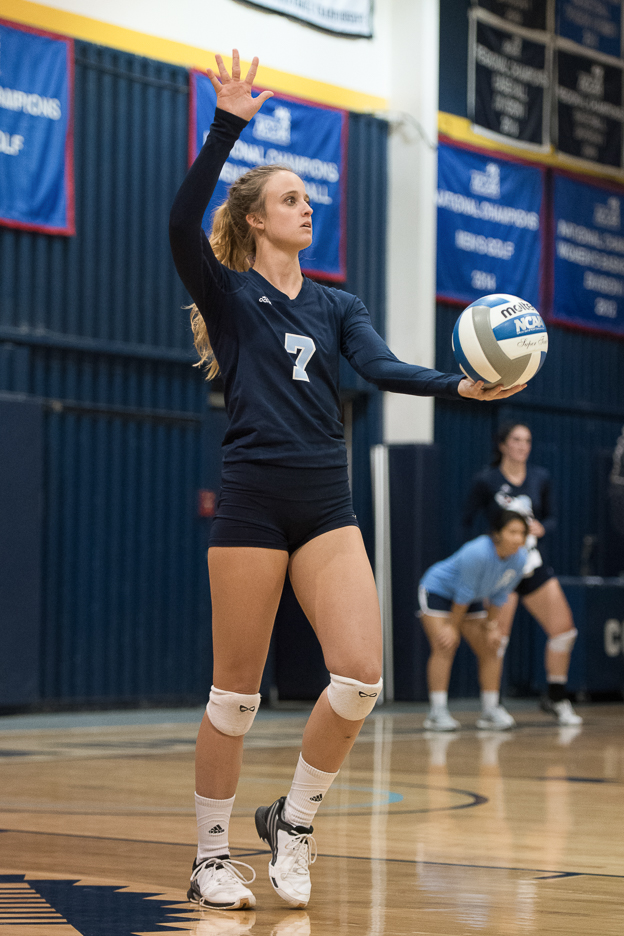 Even outside of the big time scene, there are some limitations.  For example, in basketball, there are only so many photographer slots on each baseline, preference is given for those shooting for media outlets (as it should be) and for basketball and football, it may not be realistic to assume you will get permission to sit on the baseline or sideline and shoot. It is certainly worth pursuing, but you should be realistic. Non-money sports at the D1 level, and shooting D2 and D3 schools, are different. Media outlets do not typically cover these sports and conferences to any great degree.  Indeed, there is less media interest in these other sports and divisions by necessity as the meltdown of the print media continues under the pressure of electronic media. So, I shoot a great deal of D2 and D3 sports and some D1 non-money sports and you may be able to as well. Be advised, however, that schools typically have no budget to pay for images of non-money sports at the D1 level, and all sports at the D2 and D3 levels.  But, if you are in this for Reason No. 2, no worries, right? 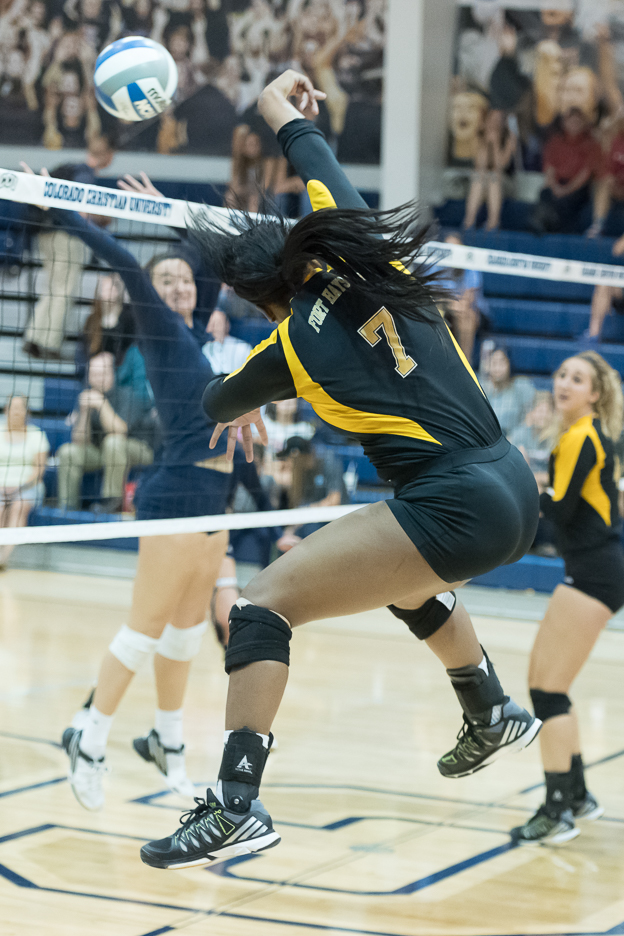 Which Schools: Research, research, research. There are approximately 300 D2 schools and 451 D3 schools in the United States and Canada. That is a whole bunch of schools to think about. And, there are an additional 347 D1 schools undoubtedly with non-money sports throughout the United States.  That is a whopping 1098 schools with NCAA athletes competing.  Many may not be located near where you live. The ones outside urban cores may be more willing to allow you access since they do not field many requests, but you will have to decide how far are you willing to drive. Once you decide that, figure out which schools are within your radius.  What can you learn about the school’s athletic programs, and can you make a contact with the school’s designated person who decides who gets access and who does not (the “Contact”)? 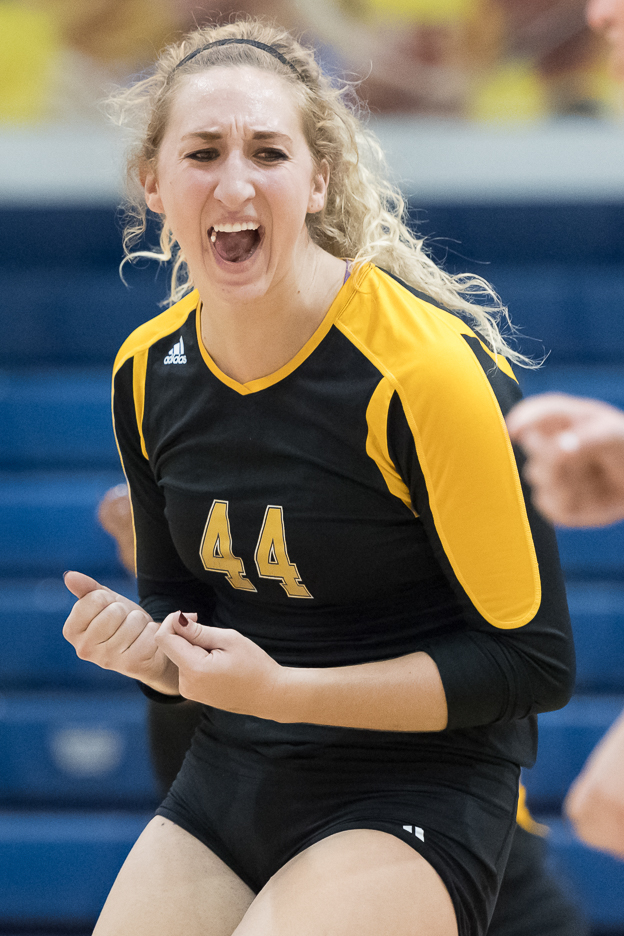 Which sports: The world of sports is much more than college football and March Madness. Much more. The D2 and D3 schools typically may have no one asking to shoot volleyball, baseball, soccer, track, tennis, wrestling, hockey, aquatic sports, and softball. Ask yourself: do you want to shoot only the sports you personally like and follow and perhaps played as a kid, or do you want to shoot dedicated athletes giving their all for their school and their self betterment? I love to shoot volleyball. I never played the sport, I never watched the sport until I started shooting matches, but it is such a fast sport, and generates such an array of fun images, that it is hard to imagine anything more fulfilling than to sit on the edge of the court and make images. In other words, really think through and decide if you are willing to shoot most any sport for the love of creating the images or are you limited to the sports you have loved your whole life.

More Research:  Go to the target school’s website and peruse its intercollegiate sports page. Look at men’s and women’s sports. Look at the teams’ record. Read up about the team and the coach. Look at the athletic department staff directory for the Contact. Target a sport, gain some knowledge, develop an interest in the school and its teams, and use that as the springboard to reach out to the Contact to start a dialogue.

The Contact:  Typically, each school has someone staffing the Sports Information Director position.  Next issue, do :: or :: diso will discuss the Contact in more detail, what to expect when you reach out, and what you might say when you reach out.  As well, we will discuss some other ways to seek access for non- collegiate sports and sportraits as another genre that will give you access to shoot athletes. 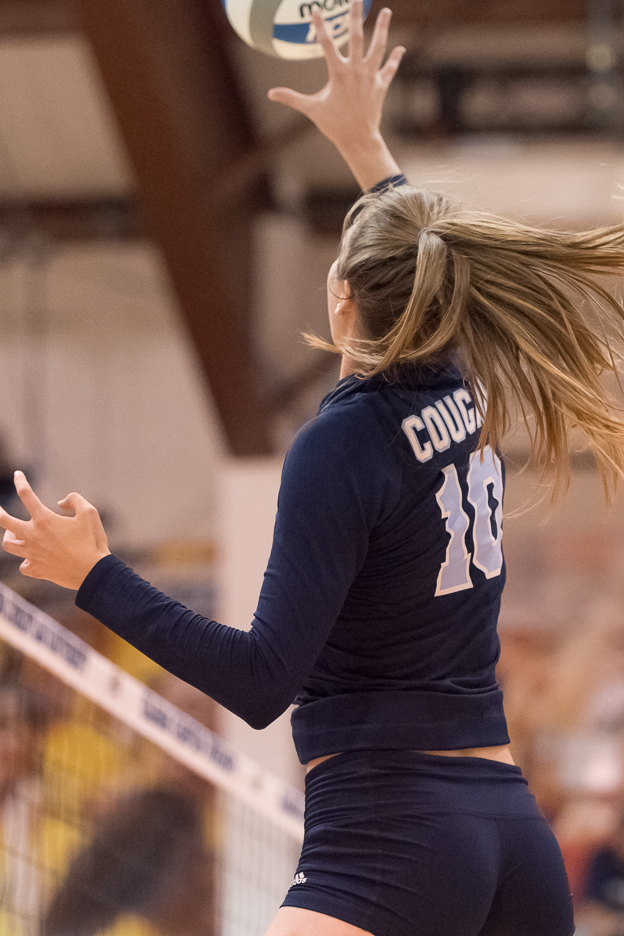