Since the beginning of time, humans have longed to fly.  The airborne athlete flies – plain and simple – at least for a short period. And, while the athlete is above, the rest of we mortals are below, mouths wide in disbelief watching what cannot possibly be happening. Making images of airborne folks is exciting, rewarding, and comes with a host of issues. We explore some of those issues in this month’s do :: or :: diso, the last of a two part series on different perspectives. 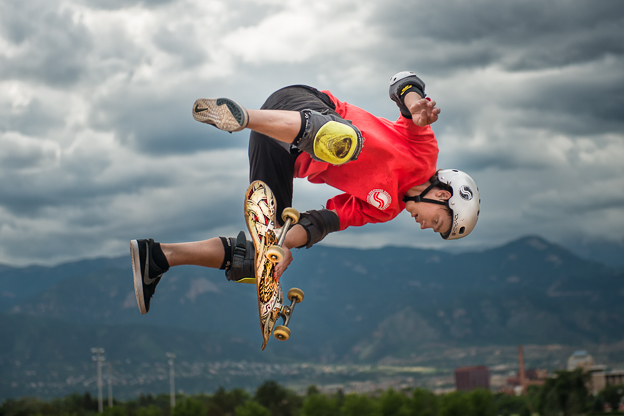 Safety: There is a certain amount of risk involved in being airborne for sure. But, since we are photographers, we leave the athlete risk to the athlete and focus instead on the photographer’s risk. I like to think that the law of physics suggests that, heaven forbid, if something goes wrong, the athlete will either crash before going airborne or upon landing;  but more than likely the athlete will not just fall out of the sky and land on top of the photographer and the gear (save the gear at all costs, right). But, certainly my understanding of physics can only be characterized as flawed, imperfect, and challenged. Therefore, for goodness sake, be careful, plot out where the athlete should be if all goes well, and also identify that point where he/she may end up if something goes wrong.  Wherever that point is, try not to be there. 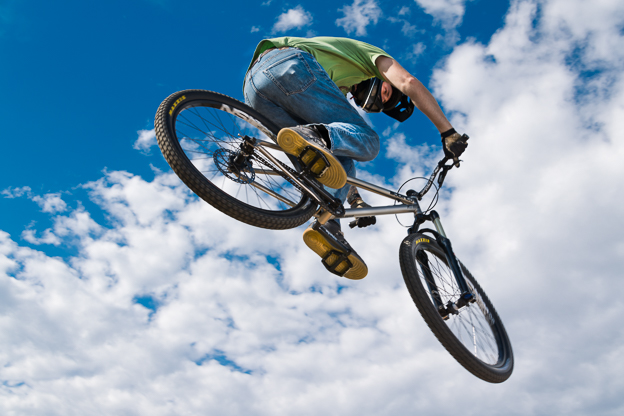 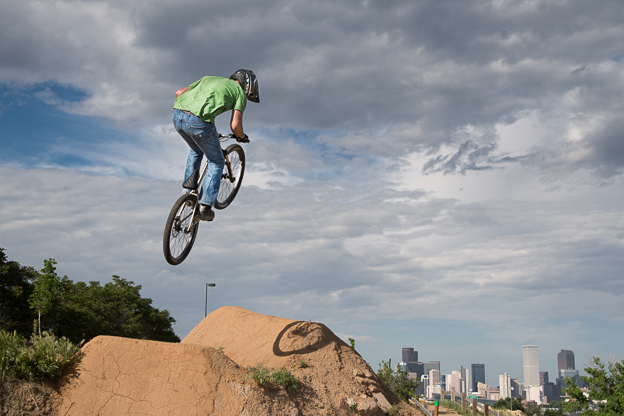 Timing and Flash. If you are not using lights to catch the athlete, then you have the luxury of ripping off as many shots per second as your camera will bear. But then, with your camera pointed to the sky, you may have exposure issues (see below). My preference is yo shoot the airborne shots with lights. If you use traditional speedlights or strobes, you will be limited to one shot per flash, so timing will be everything. To start, watch your subject in action and plot out (previsualize) where the athlete will be as the ride through the sky progresses and find that point where you want the shot. It is hard. You will get some nose shots and some rump shots before you get the timing down but that is ok. If you are able to finagle some of the newer strobes to try, borrow, or rent, you will be able to get more shots per second as some of the newer products (Profoto B2’s and Elinchrom ELC Pro HDs to name a couple) can fire the flash many times per second depending the the power level. And, at least with the B2’s (which I use) the strobes break though the 1/250th second sync speed to permit high speed sync. Speedlights can as well.  More on flash below. 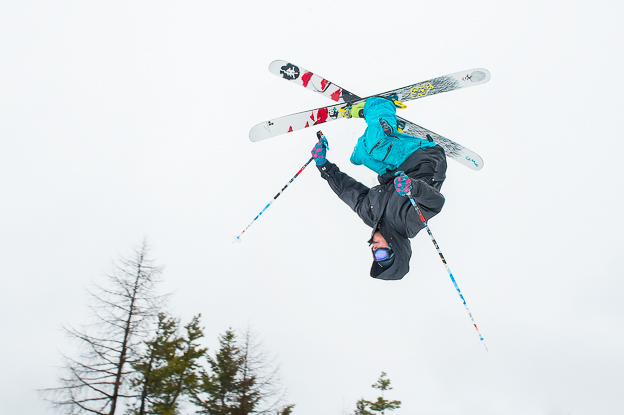 Why Use Flash? Several reasons. Adding light to the subject, even in broad bright daylight will make the subject pop – standout – separate from the background and draw the viewer’s eye to the subject. Without flash, exposure of a subject against a bright sky can result in either an overly dark subject — a silhouette — or a subject properly exposed but a resulting blown out, overexposed sky. Using a flash outdoors may seem counterintuitive (why add light in broad daylight), but it really does change the dynamics and make the picture more exciting. It lets you balance the brightness of the sky with the subject by adding light to the subject. Oftentimes, it ain’t got that bite if you don’t add the light. 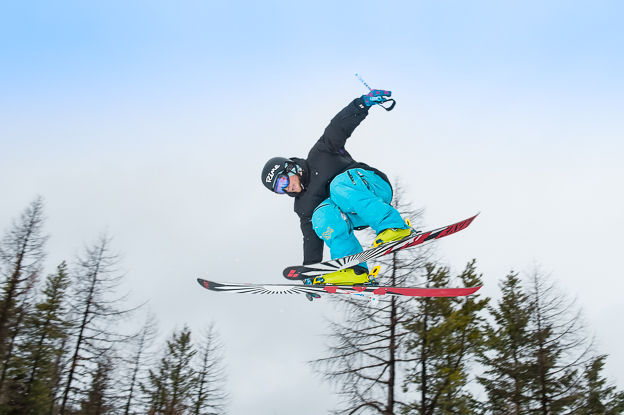 Two Parts to the Image with Flash. When you shoot outdoors with flash, you are really taking two shots to create the image. Just like a painter, you paint (or expose for) the background and then you paint (or add flash to light) the subject. How do you do this? It is really quite easy once you master the notion. Set the camera to manual mode. Set the shutter speed to a high enough speed to eliminate blur (certainly more than 1/250th second and higher if you can).  Set the aperture and ISO in tandem until you get the background exposure you want. On a nice blue day, underexpose using this method to get a rich blue sky. Then add sufficient light with the flash to light up the subject. Here is an example: 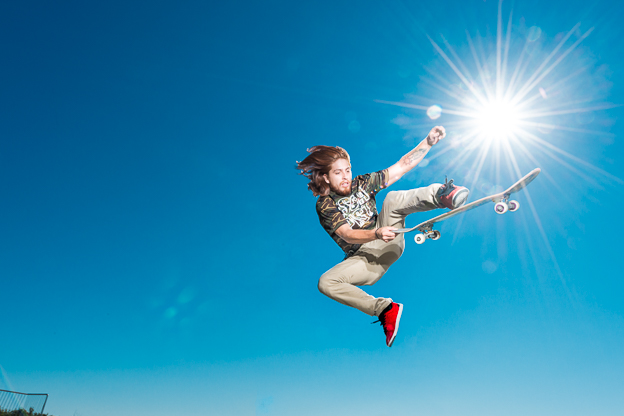 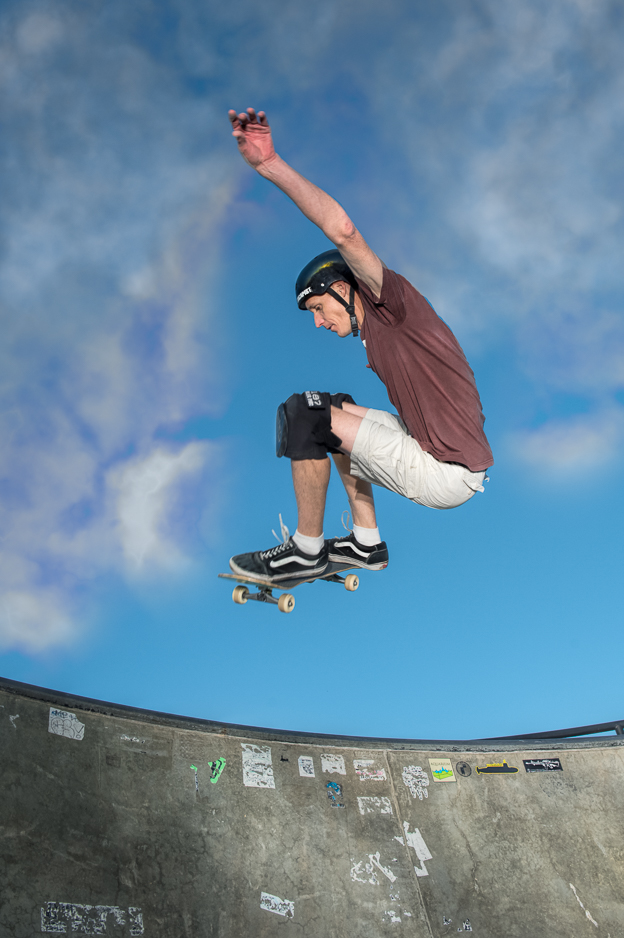 In both of these skateboarding shots, I used 4 speedlights in a FourSquare soft box aimed up at the skater flying through the air.  I triggered the flashes with Pocket Wizard Flex TT5s which can break through the 1/250th second barrier.  What is this sync barrier?  Traditionally, the cameras we use can synchronize with the light discharged from the flash, but only at a top speed of 1/250th of a second.  Anything higher, and your image can have an unpleasant black stripe or irregular lighting.  The reason for this is the functioning of the shutter curtains which is beyond the scope of this article but if you are curious, Google it and you will find plenty of techno explanations.  Some flashes in tandem either with pocket wizard Flex TT5s or a Pro Foto Air Remote (or other HSS triggers) will allow the camera and the flash to sync at speeds way above 1/250th of a second and therefore, permit higher shutter speeds to catch the fast moving action.  Again, there is lots of tech behind the whys and wherefores for this and if you are feeling techie to the max, Google it and you will find articles about pulsing flashes.

Airborne is fun for the athlete – an adrenaline rush, and the same for the photographer.  If you are not outside flashing, give it a shot.  You will love the results. 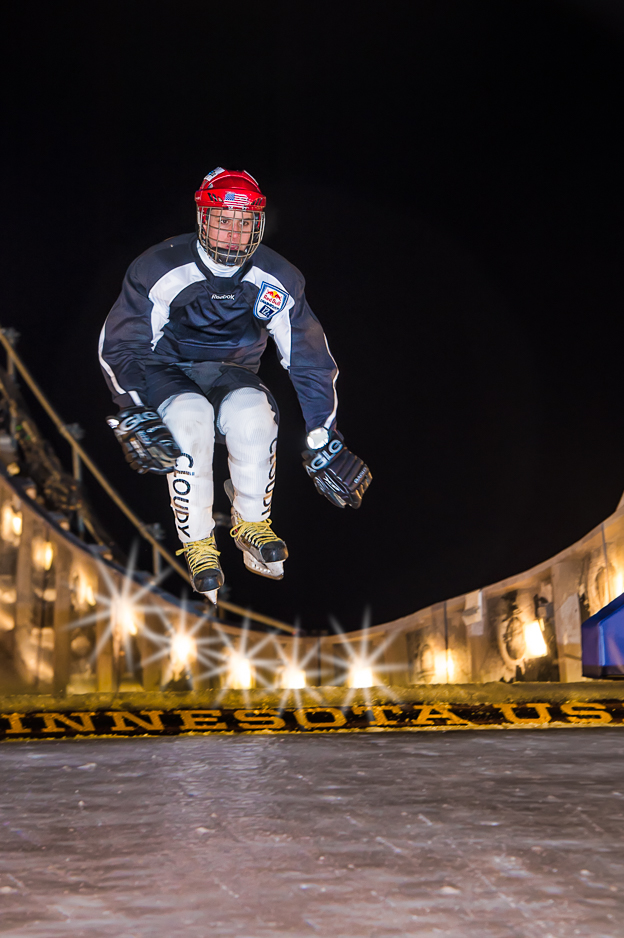 Next  month, do :: or :: diso goes to the track for some summer track and field. 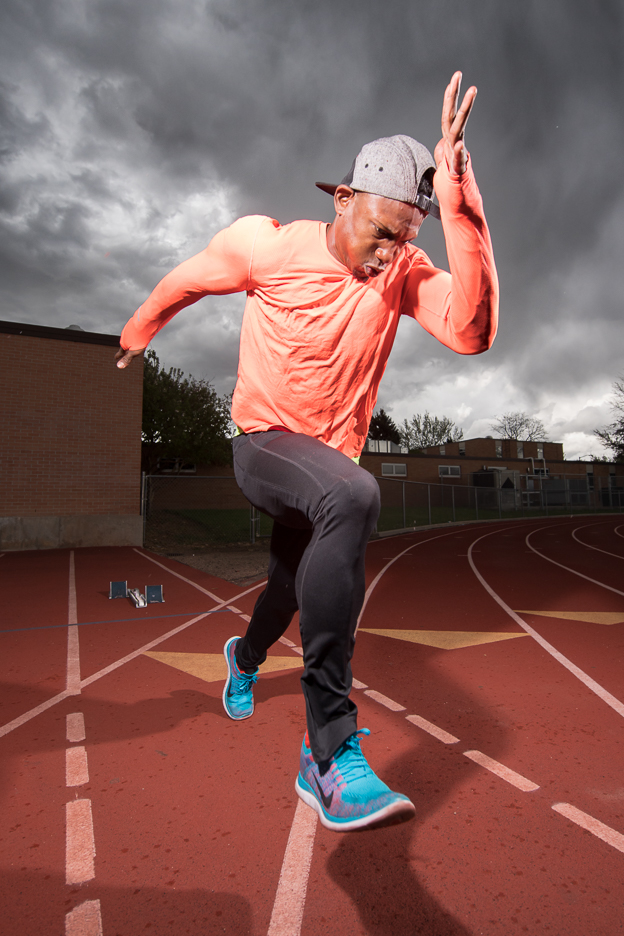