The first several issues of do :: or :: diso are dedicated to techniques, both post processing and in camera, that help draw the viewer’s eye to the subject matter of the image. In Issue no. 1, we addressed adding light back in post-production. The eye is drawn to the lightest part of the image and if the image fails to reflect sufficient light on the subject, we can add light back to the subject matter in post processing to draw the eye so the image looks more like what you witnessed at the event.

This Issue No. 2 addresses how we compose the sports shot in camera to isolate subject of the image.

In Bryan Peterson’s influential book “Understanding Exposure” he describes three kinds of image compositions we create by the selection of the aperture: “storytelling composition” in which the image tells a story using a wide angle lens and a small aperture (f/14 to f/22) to maximize depth of field; the “who cares” composition in which everything is at the same focus distance and therefore the shooter need not be concerned with depth of field – how much in the background and foreground is in focus. Here, a middle range aperture is indicated (f/8 to f/11). And, the “singular theme” or “isolation composition” in which only the subject of the image is in focus achieved by a wide aperture (f/2.8 to f/4) and the narrow angle of a telephoto lens to blur the background and foreground and thereby draw the viewer’s eye to the subject matter. Peterson’s descriptions are apt in sports photography, especially isolation composition.

The isolation technique is reasonably simple – wide-open aperture to reduce depth of field and blur the background along with use of a telephoto lens to narrow the angle. As Peterson notes in his “Learning to See Creatively”, “the telephoto lens has a natural tendency to reduce depth of field and compress space as well as reduce backgrounds and foregrounds to muted tones of color and/or shapes.”

Here are two examples of shots each taken with a long telephoto lens shot with a wide-open aperture. 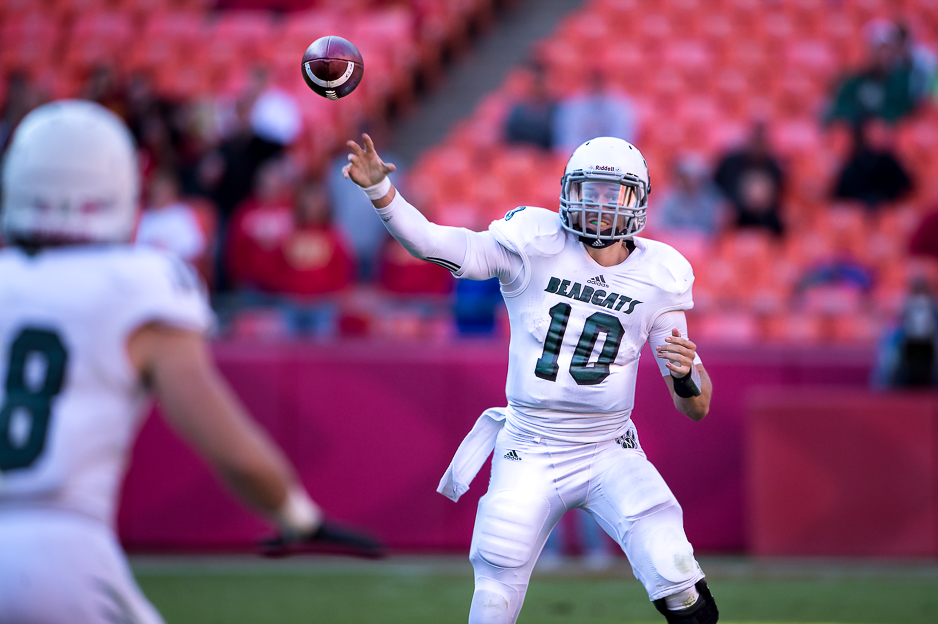 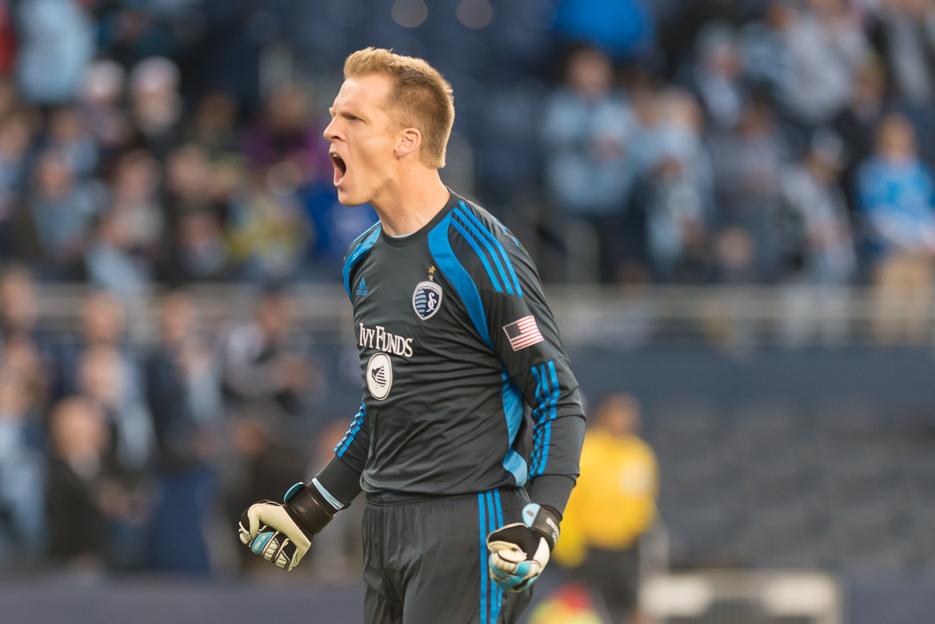 The top image is taken with a 500mm lens at a Northwest Missouri State University football game this season at Arrowhead Stadium. The aperture was set at f/4.0 (the widest aperture on Nikon‘s 500mm lens) and you can see that the eye is drawn to the quarterback as he throws the pass to the out of focus receiver in the foreground. Everything else in the image is defocused. The bottom image is of Eric Kronberg, goalkeeper for the Major League Soccer team – Sporting Kansas City – imploring his teammates. Same idea. Eric is lit brighter than the rest of the image (Issue 1) and the background is completely out of focus. This image was taken with a 300mm lens at an aperture of f/2.8.

In both examples, the background has little or no detail and as a result, does not compete with the subject of the image for the viewer’s attention.

For comparison, here are two shots taken not quite as wide open. 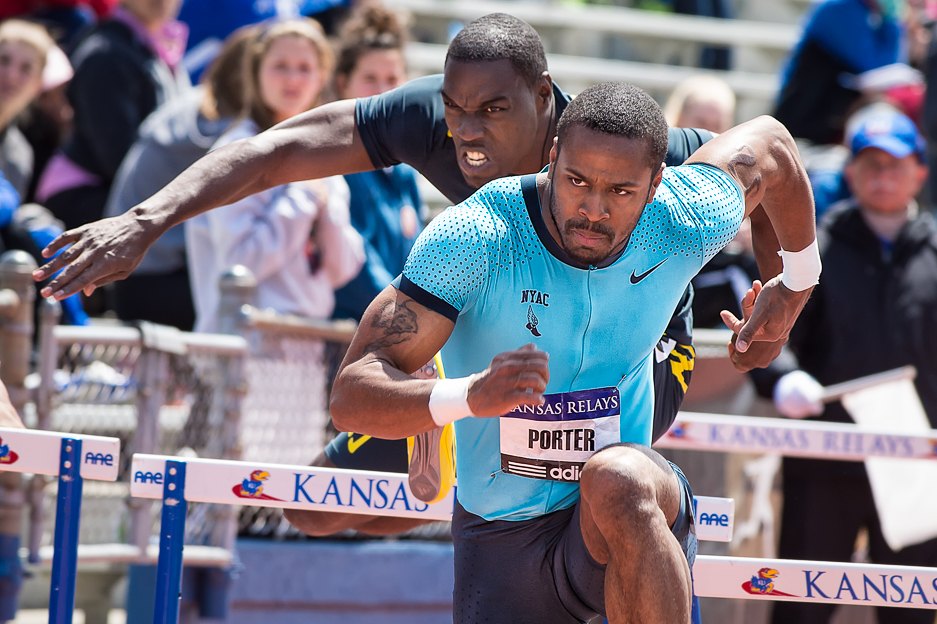 The top shot was taken at the Kansas Relays. The hurdlers are at different distances from the camera and the story of the image is the looks on their faces so both hurdlers should be in focus. To do so, I used a 300mm lens at f/8.0. The result is that both hurdlers are in focus, but the crowd and the bleachers are also more in focus than I would have liked. This illustrates a typical tradeoff you make with little or not time at your disposal as runners streak by. The bottom image is of two amateur boxers from the Annual Ringside Boxing Tournament in Kansas City. I shot this one wide open at f/2.8 but with a 24-70mm lens at 45mm. The choice of a wider angled lens was to accommodate the need to get both boxers in the shot from the edge of the boxing ring under the bottom rope where I was stationed. The boxing image illustrates what you lose when you go with a shorter lens rather than a telephoto lens. At f/2.8 with a telephoto lens, the background would be blurred and the image would reflect maximum isolation of the subject matter. Of course, from the mat, both boxers would not be in the shot.

Shooting people who move erratically and unpredictably at high speed with minimum depth of field is a significant challenge. It is simply a difficult task to lock onto a soccer player leaping for a header and keep the athlete in focus.  A narrow depth of field leaves little room for error. As a result, the tendency may be to count on your camera’s remarkable burst capacity, and shoot the maximum frames per second at a smaller aperture. In doing so, one hopes to squeeze off as many shots as possible with a larger depth of field and select one image later where the subject is most (or mostly) in focus. Been there and done that for sure. But the better shot, the one that is more appealing, more compelling, more satisfying, and perhaps more intriguing, is the one taken at a wide-open aperture. 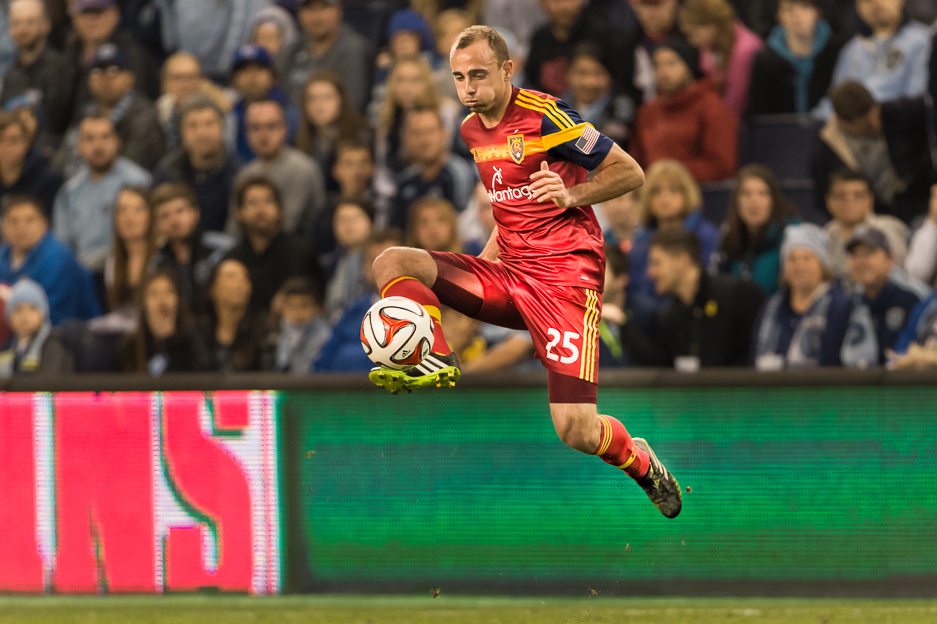 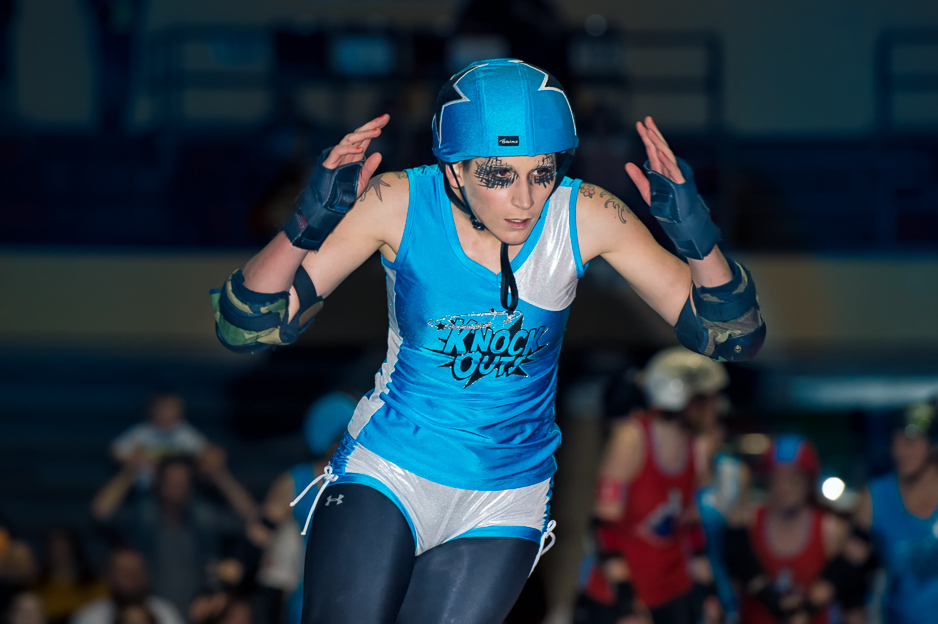 The better shot is the one in which you capture the look on the athlete’s face that draws the viewer in for a longer peak at your image without background distractions. 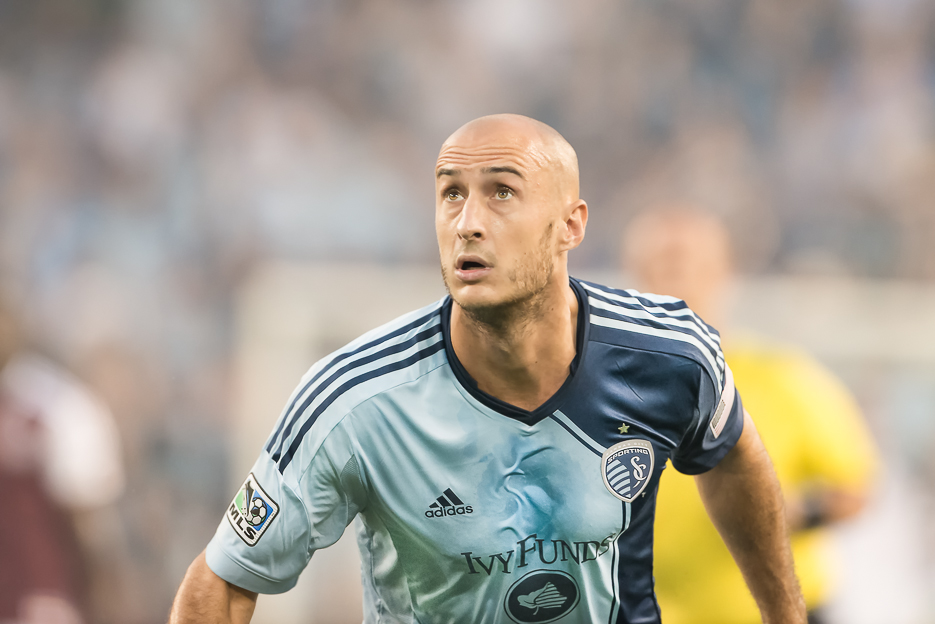 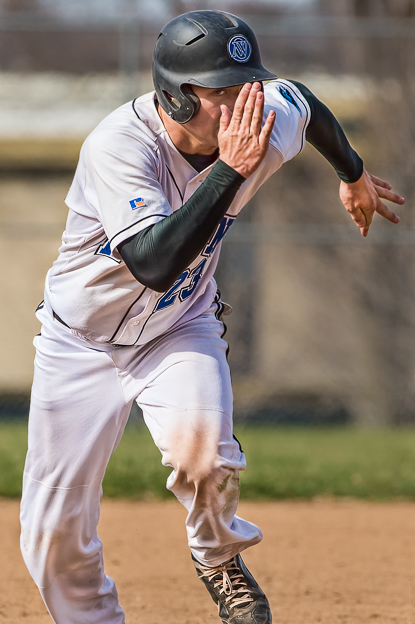 To be sure, there are shots where the background is part of the story, 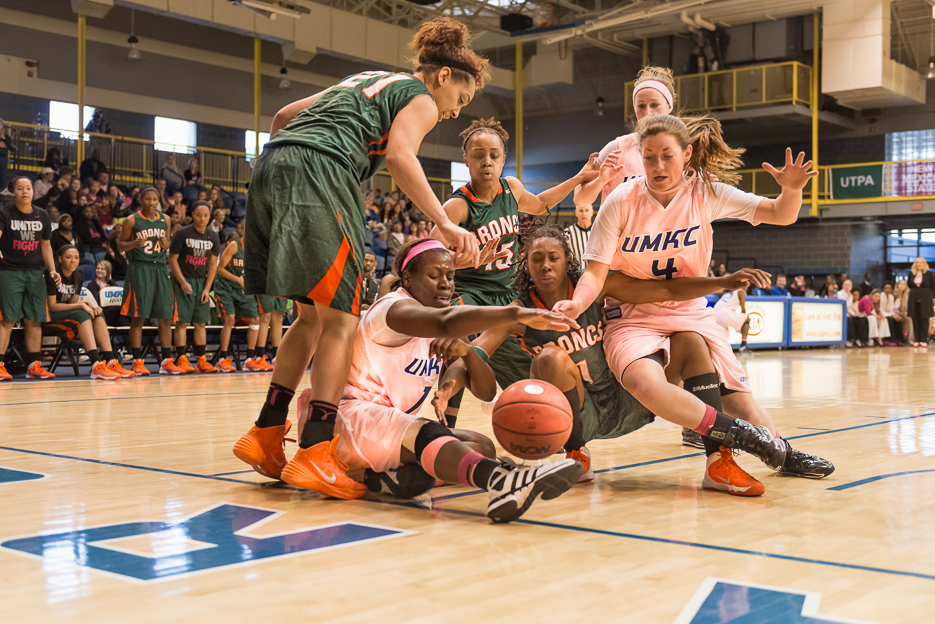 and so a greater depth of field, delivered by a smaller aperture is indicated. But the isolated subject is the image I love.

How do you control aperture? Two ways: you can set the camera on aperture priority the “A” setting in a Nikon, the AV setting in a Canon. You set the aperture at wide-open f/ 2.8 and the camera then selects the appropriate speed. It works but I do not prefer this method where the venue has predictable, consistent lighting. Or, you can set everything yourself in manual mode, the method I prefer where conditions permit. I try to get to the event early, set my camera to manual mode, set the white balance manually using a gray card (more about this in an upcoming issue), set the speed to 1/1000 if available light will permit so I can freeze the action, set the aperture at f/2.8, and then play with the ISO until the exposure works, often times, needing ISOs of 2000, 2500, or 3200, or in a dimly lit gym, maybe ISO 4000. Luckily, the modern camera’s ability to shoot in low light with manageable noise (the consequence of high ISO shooting) and the use of some good noise controlling software, make shots at such high ISO not only achievable but of acceptable quality.  Manual mode is especially useful where the quantity of light is reasonably consistent such as outdoor daylight games, and indoor and evening games where the man made lights provide quality and consistency.

Next month, we will complete the trilogy of opening do :: or :: diso articles with a discussion of reducing the amount of background lighting to make the subject pop, both in camera with lights and in post processing. 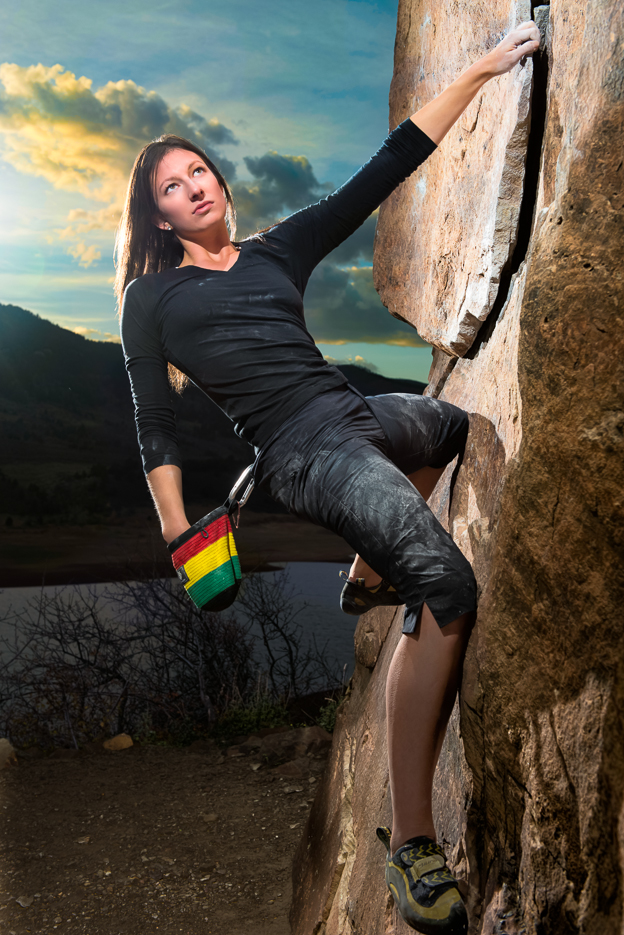