This month, do :: or :: diso talks with Matthew Hicks, a Kansas City sports photographer. Hicks is a man on a schedule running from match to game to athletic event, setting up his computer, racing through images, uploading them to an FTP site, packing up, and moving to the next match on his schedule. Daunting, but the perpetual smile is the hint that he would have it no other way. 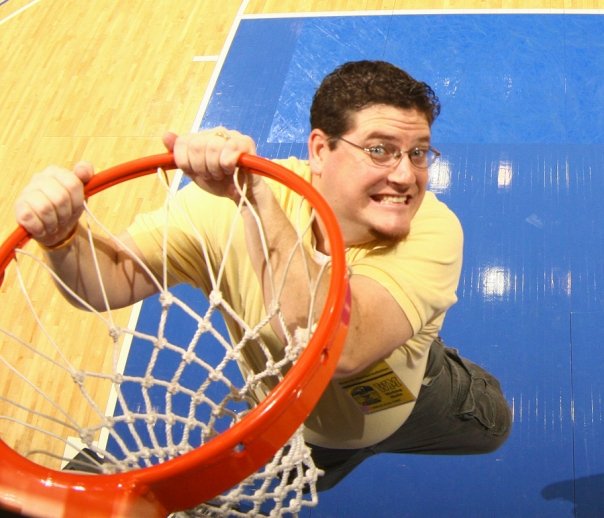 Hicks started his sports photography journey shooting the athletic teams for his college yearbook, first as a staff photographer and then as the yearbook’s photo editor. His image of a receiver diving into the end zone for the winning touchdown caught the attention of the school newspaper and he moved from photo journalist to photo editor quickly. Then, on to the Pittsburg, Kansas  newspaper, where he covered a variety of beats including sports. He then made the move to the Kansas City metro and landed a position on a suburban newspaper. From there, he jumped to self-employed under contract with the University of Missouri – Kansas City, shooting all of the school’s sports teams. UMKC had just launched its website and needed timely delivery of photos of its athletes and games. He also is the staff photographer for the Kansas City T-Bones, a local minor league baseball team, as well as other schools and athletic organizations.

I sat down with Hicks over lunch to get a sense of his path. Here are excerpts of the interview interspersed with some of his photos that he shared with do :: or :: diso.  All photos in this article are © Matthew Hicks Photography, all rights reserved. 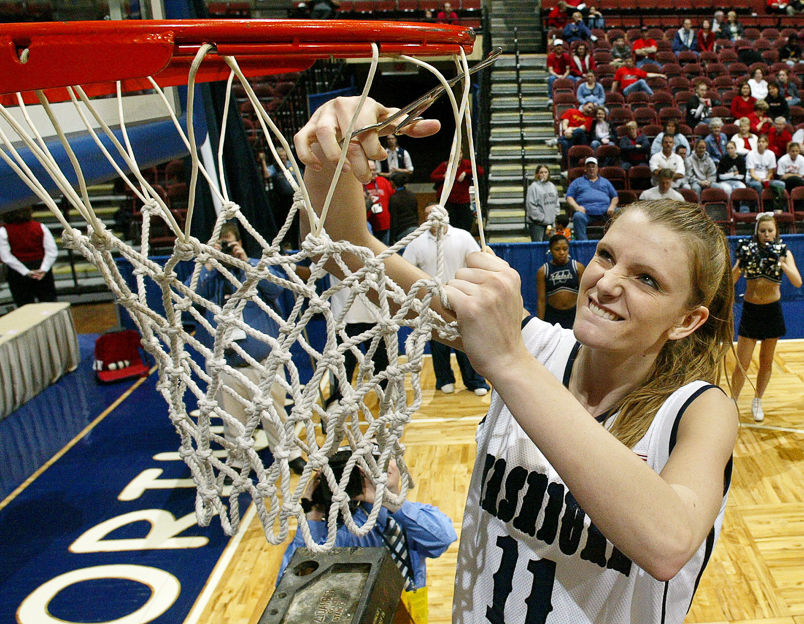 DISO: With all the UMKC teams, what is your schedule like?

DISO: Your clients are schools that use the internet as their medium. What special considerations are there for that medium?

MH: I’m locked into creating images that are going to fit into a hole on my client’s website. You know, when I shot for the newspapers, I could just go out and shoot and then the paper would build its page around the best picture. Now I have to find the best picture that is going to fit into the 16-by-9 hole that UMKC has on its website, which if you know much about aspect ratios and stuff like that, that’s a perfect aspect ratio for HD video, not so great for photographs, and really not great for photographs of things like basketball and tennis that happen in a vertical format.

DISO: Which sports do you find the hardest to make the images that you want, and why?

MH: There are really three answers to that. They may seem like such simple sports: doubles tennis, volleyball, and baseball/softball. Doubles tennis because it’s a very tight area. It’s very quick. Reaction time is very short, you know, pop, pop, pop, pop. And there are two people on each side of the court. So trying to be focused and ready for the right person to hit the ball is hard. It takes a lot of concentration, a lot of focus, a lot of not being distracted, and a lot of getting lucky. Complete and constant concentration. Volleyball  — there are a lot of people. You’ve got a number of athletes on the court, the ball goes all over the place. The angles that you can shoot from really limit what you can get. It’s indoors, so then there’s lighting issues. 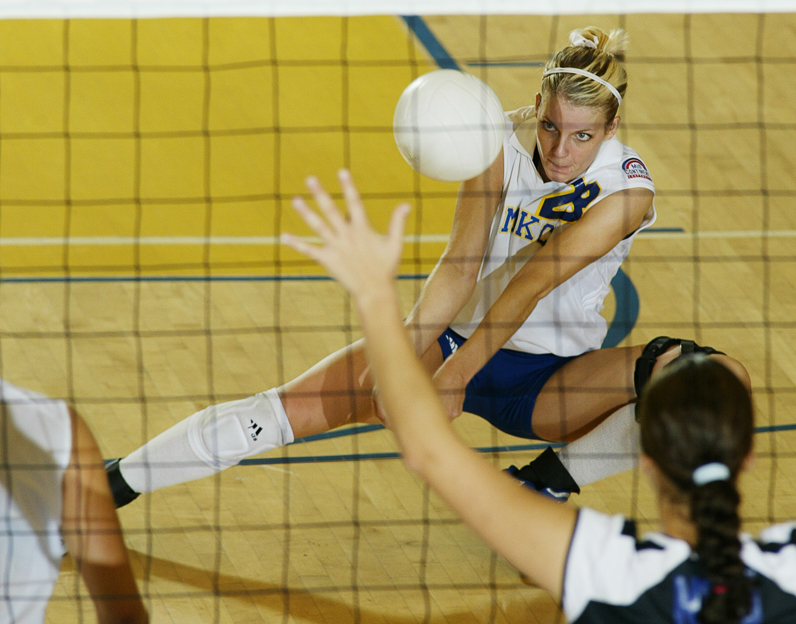 MH: Very fast-paced. Baseball/softball for me because I have no problem getting the standard pictures you always get girl / guy batting, pitcher pitching, but at the same time it’s also a very slow game — once you’ve covered nine games of a 20-game season that you’ll cover like I do with the T-Bones, you know, I’ve covered every batter now from both sides of the plate. I’ve seen pretty much every pitcher. I’ve seen the shortstop turn a dozen double plays. I’ve got that shot. I’ve seen them make the diving stop in the hole. For the next 11 games I’ve got to come up with something that’s not the same thing I’ve shot the first nine games. That’s the real challenge. You know, coming up with something that’s just not the same. 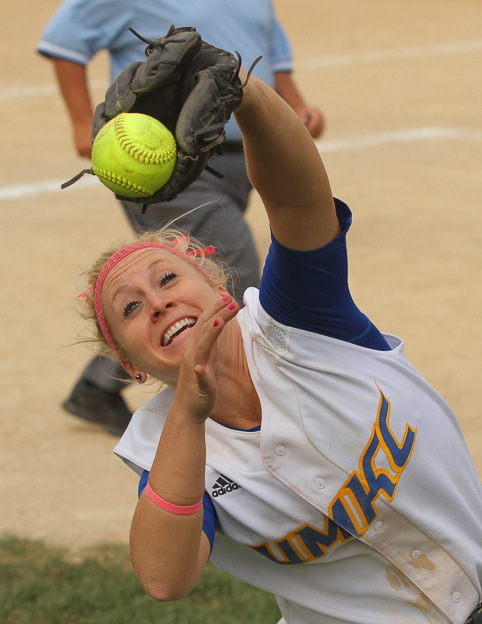 DISO: What is it like being your own boss.

MH: I probably have just as many bosses as you have in your day job because everybody that works for the organization at UMKC is my boss. I am working for each person in the athletic department to get them what they want for marketing, recruiting, and coaching needs. I am working for everyone at the University to get the school what it needs for its publications.

DISO: Are you watching the games when you shoot?

MH: People think: “Oh, I bet you saw some great games,” and it’s like, “Dude, I shot 64 basketball games in the month of March. I could not tell you who won a single one of those games. I couldn’t tell you who cut down the nets and was champion.” 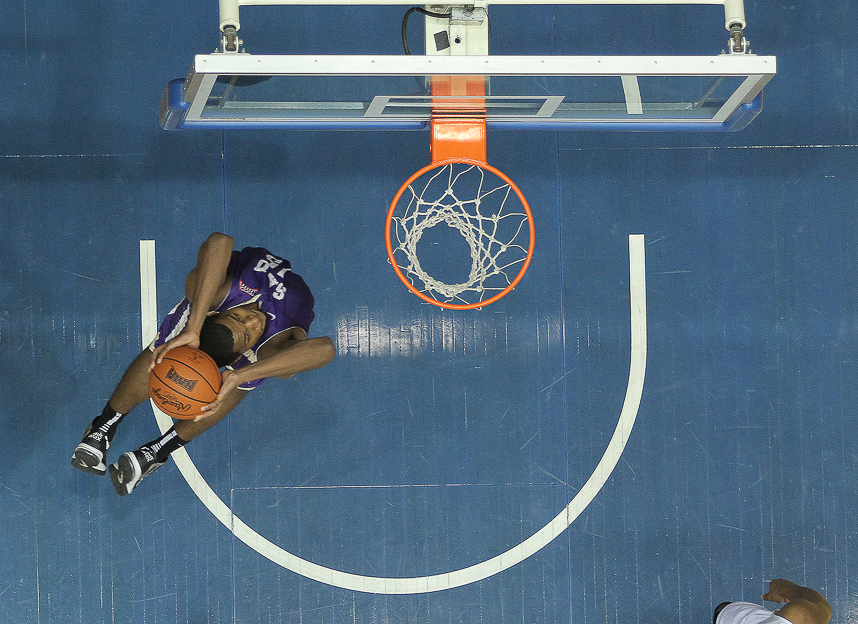 DISO: So there is more than just squeezing the shutter release.

MH: There’s a lot more going on here than you put it in continuous focus mode and you set it at a high shutter speed and you hold down the shutter for 2000 images later. You’re actually going out there looking for — to make an image, not just take a guy who may be happening to be taking a jump shot.

DISO: How do you stay fresh? 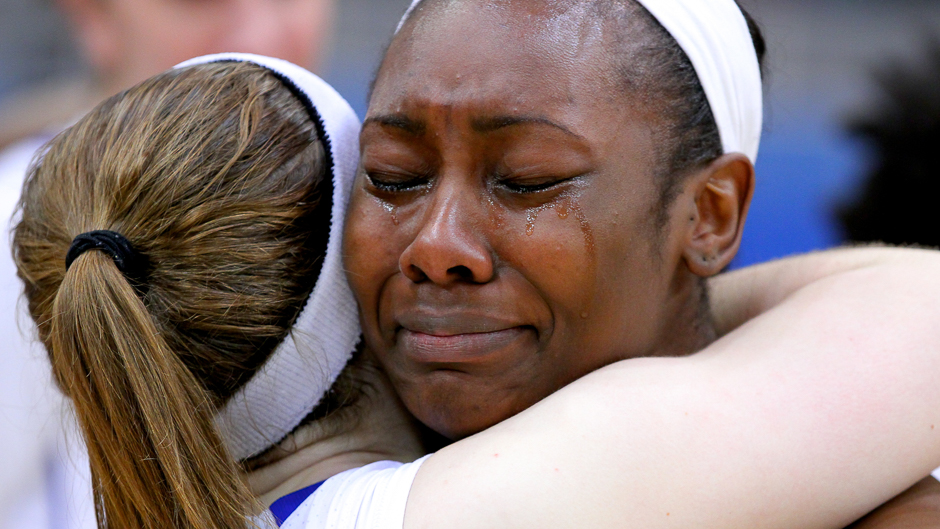 MH: I use Photo Mechanic to work on the images to FTP them to the schools. I pick out the images that I want to go up on, and then resize everything, make adjustments, and deliver them by FTP.

DISO: Your clients ask for specific action images. Tell me some of the kinds of image requests you get from your clients.

MH:  The client wants the brand. 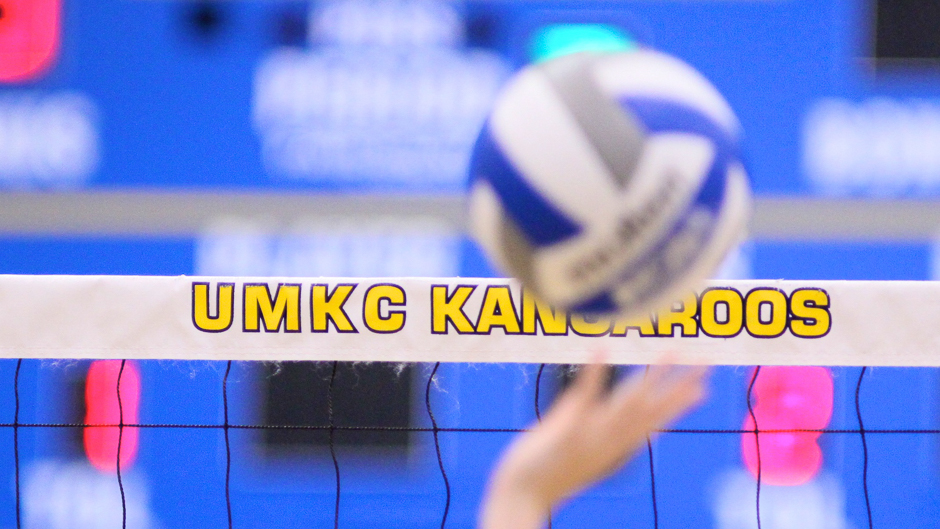 MH: No.  Sometimes the requests are very particular.  Last year I shot NAIA Men’s Basketball National Championship, — D2 in Branson — 31 games in six days, and then we come to Kansas City and do the D1 in Kansas City the next week, which is another 31 games in six days. It’s 12 days of basketball, and I do that right after I do a conference tournament. I get requests with shot ideas. One envisioned a moment in a close game and described that it was late in the game at a crucial moment, and the ball bounces off a player’s knee and is called out-of-bounds on him and he can’t believe it, he’s flabbergasted, but he has to accept it. They wanted the shot of the moment of flabbergast.

DISO: Any other requests?

MH: Sure. Another request was for a Team captain leading a team hug. Or athletes showing aggression toward the opponent, or swearing or taunting or fighting and encouraging the crowd in cheers. It’s never just “go to take pictures of the game.” It’s always, “Hey, during the game can you be sure to get some pictures of our advertising banners. But we want them like in the background of actual game action.”  So, I have to really position myself to where I can find time during the game to see that sign with the game action in the foreground and I can focus on the sign and then just wait for the action to pass through.

Hicks looks at his watch and and says:  “Sorry man, got to run. Volleyball in a few hours.”  And off he goes to set up for the next image to be delivered for the web after a night of volleyball in the Western Athletic Conference. 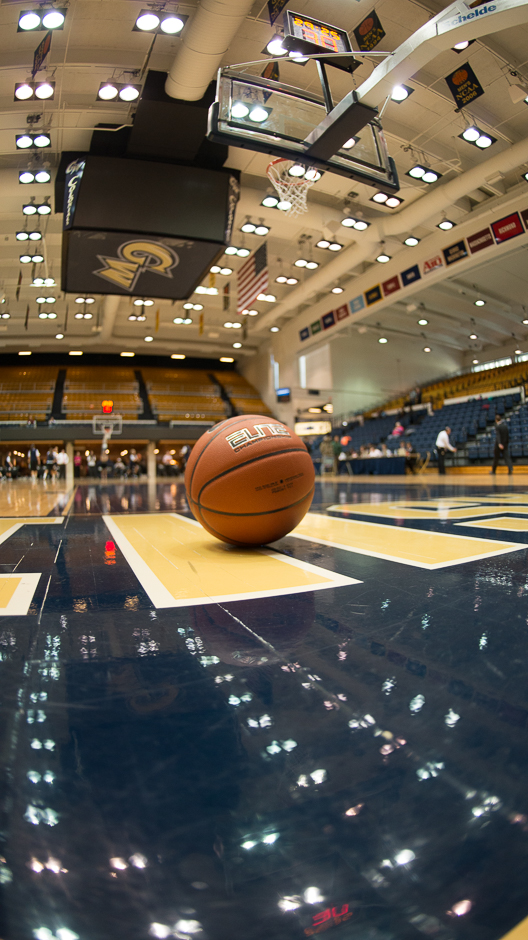