This article marks do :: or :: diso’s first foray into the hallowed topic of camera accessories – this time, wireless radio transmitters. This month, we discuss three accessories – Pocket Wizards, the Four Square by Lightware Direct , and a ground plate made by fplate.net.

Radio transmitters can broaden your horizons if you give them a chance: 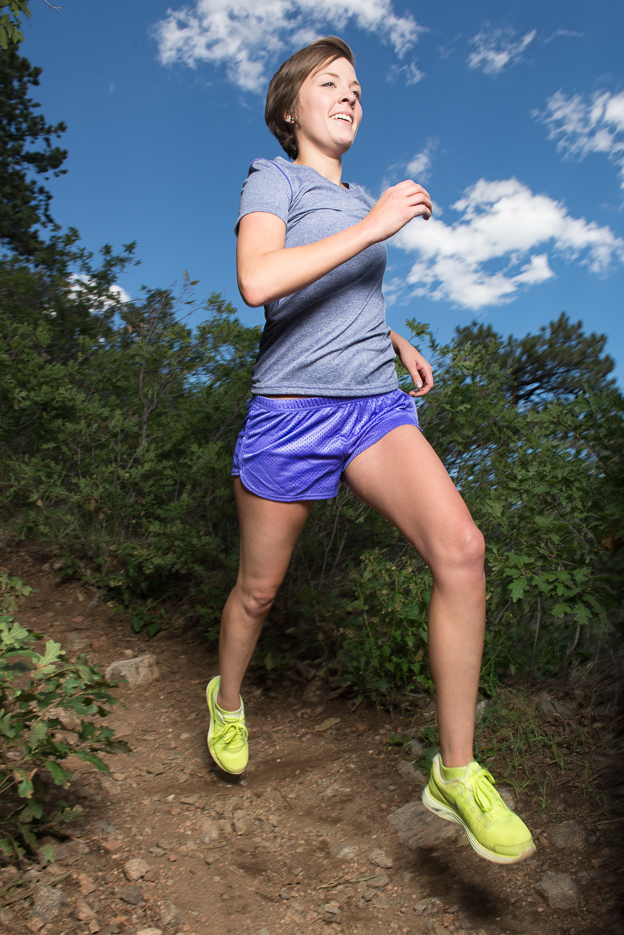 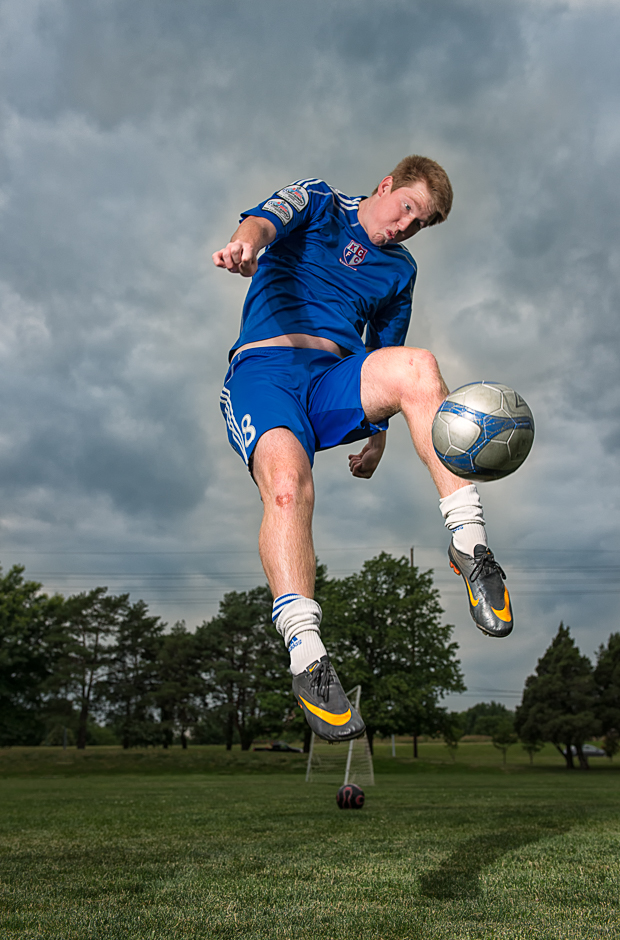 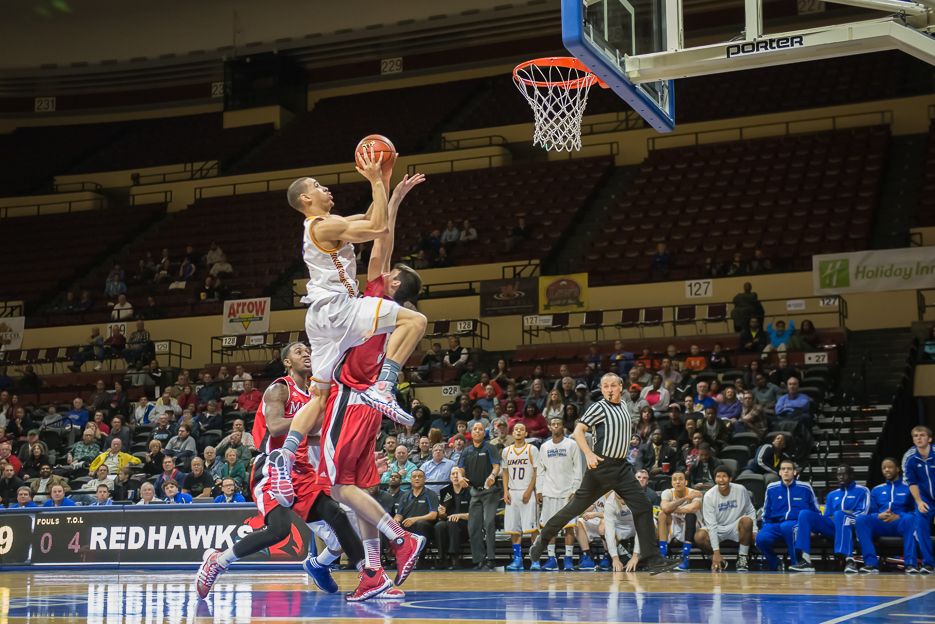 In a nutshell: Radio transmitters send a radio signal from one transmitter to the other. You need two — one attached to the sending device – usually the camera or your hand, and one attached to the receiving device – usually a flash or a remote camera.  The sending device gives the Pocket Wizard a message (such as “Hey Dude!  Trigger a remote camera or flash pronto!”);  the Pocket Wizard converts that message into a radio signal and transmits the message instantaneously to the remote Pocket Wizard that then delivers the message to the remote device (here, “Hey Dude!  FLASH!” or “Hey Dude! trigger the shutter!”).  The remote device then complies and presto, the remote flash flashes, or the remote camera takes an image.  Magic.   Pocket Wizards are powered by 2 AA batteries.  Yes, they are expensive.  But, they work magic, and magic can cost money.  Look for discounts on used ones at KEH.com and consider buying prior models.

Brands: There are many radio transmitter brands for sale on eBay and Amazon. Wireless devices must deliver two things – reliability and reliability. As a result, many pros turn to Pocket Wizards, although Radio Poppers are quite reliable and have a loyal following.

The Equipment I Use: 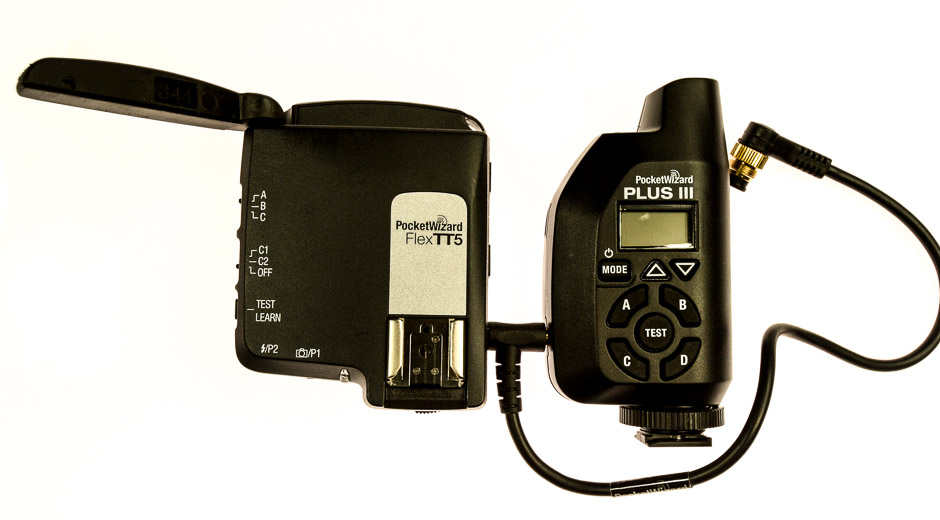 Flex TT5 and Plus III 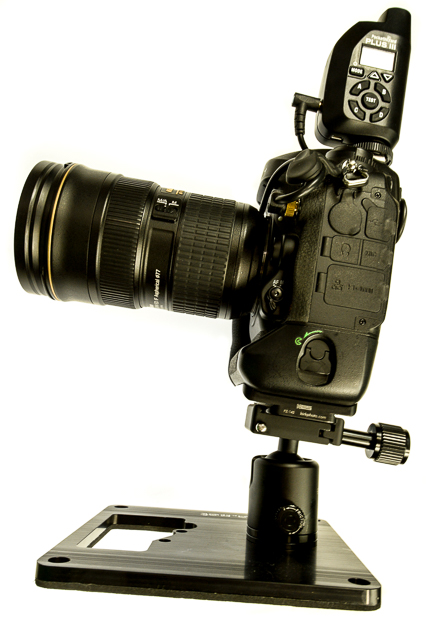 Plus III on Nikon D4 with remote triggering cable on a ground plate.

Pocket Wizard Plus III: These are pretty much the high-end, state of the art modern day radio triggers for maximum range – maybe up to 1600 feet. They trigger; they do not adjust the light output and they do not do TTL.  They are the successor to the Pocket Wizard Plus II, and are a higher end version of the Plus X, both lower cost options (the Plus II can be found used on eBay and KEH).

Four Square:  It is a very cool soft box light modifier that holds up to 4 flashes (with brackets) to really put out light and stop the action.  I use it on a painting pole so an assistant can hold it up high.  It is a 30″ square soft box that puts out a fine blanket of light on an athlete in motion to freeze the action for a sportrait.  Dave Black uses it.  David Tejada uses it.  ‘Nuff said. 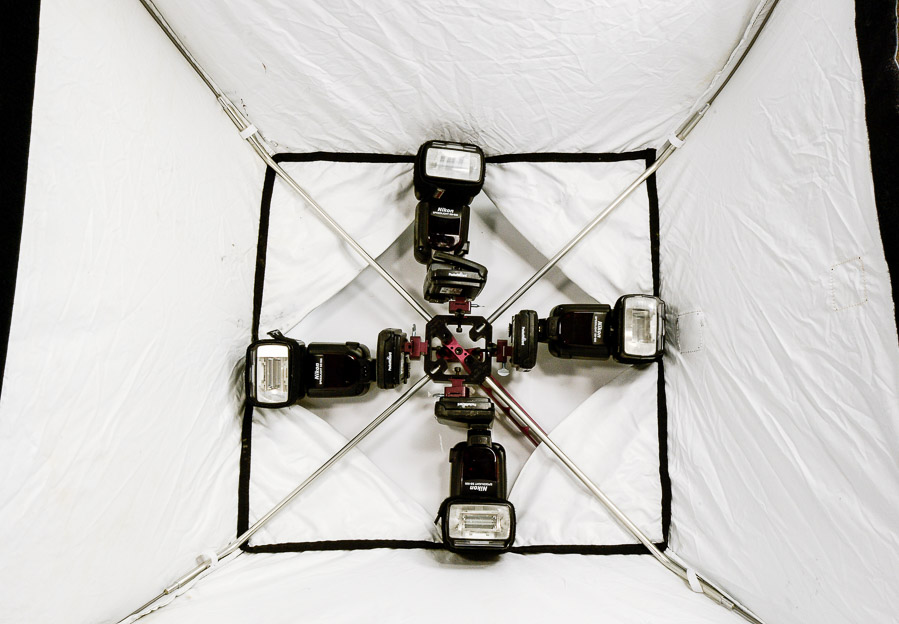 fplate: it holds the remote camera. Nothing fancy – just stability (another brand that is popular are somewhat larger plates made by OverXposed.com ). 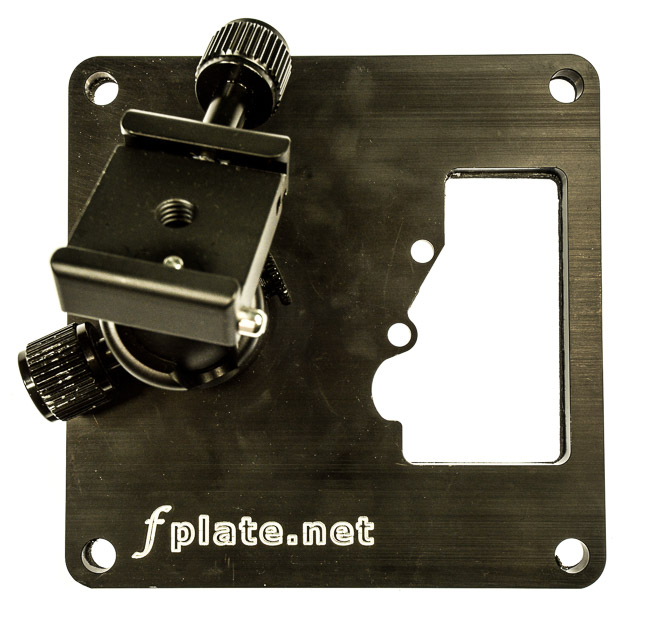 Why Use This Stuff:

Sportraits: Taking a portrait of an athlete in motion is great fun. It allows the photographer to plan, stage, and perfect the shot.  With Flexes, make the image, do not just record a shot.  What could be more fun than spending a few hours with an athlete creating an image rather than just taking a picture?  Here are some examples of sportraits using Flex TT5s and speedlights triggered remotely. HyperSync allows the fast shutter speed. In each example, Nikon’s SB900 Speedlights in a Four Square are used.  Adding light allows the photographer to control the amount of ambient light in the background and then add enough light from the speedlights to light the athlete: 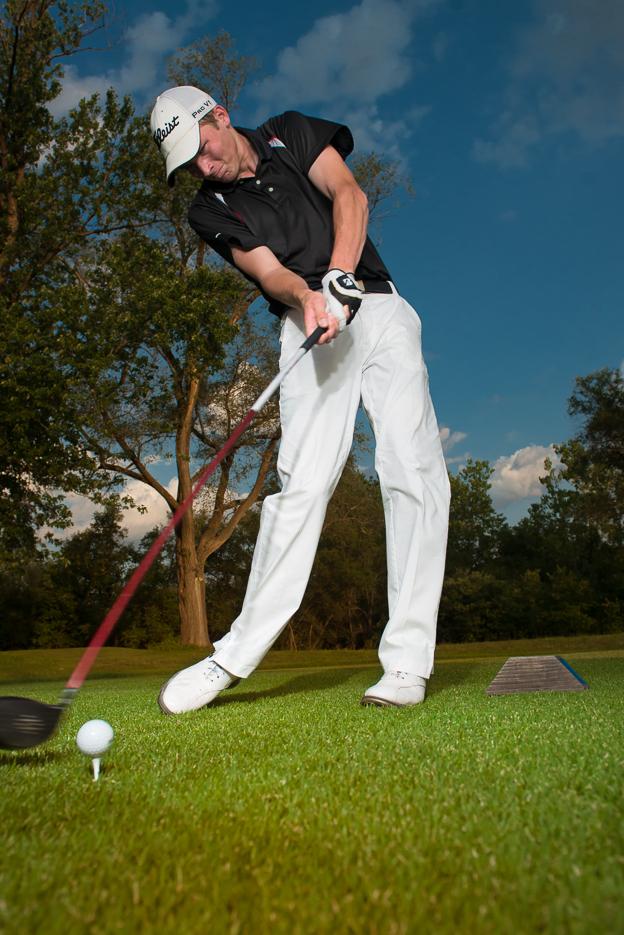 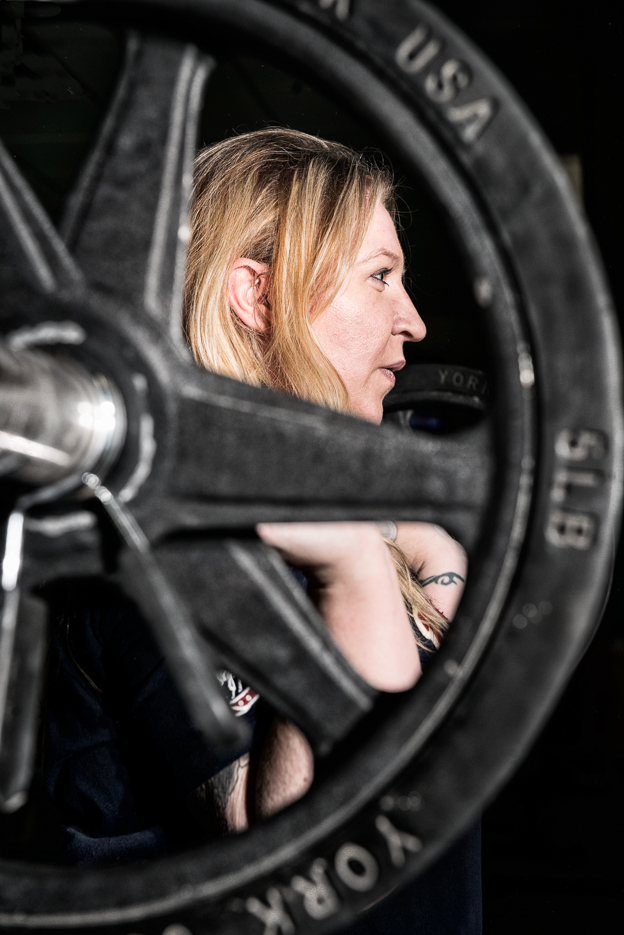 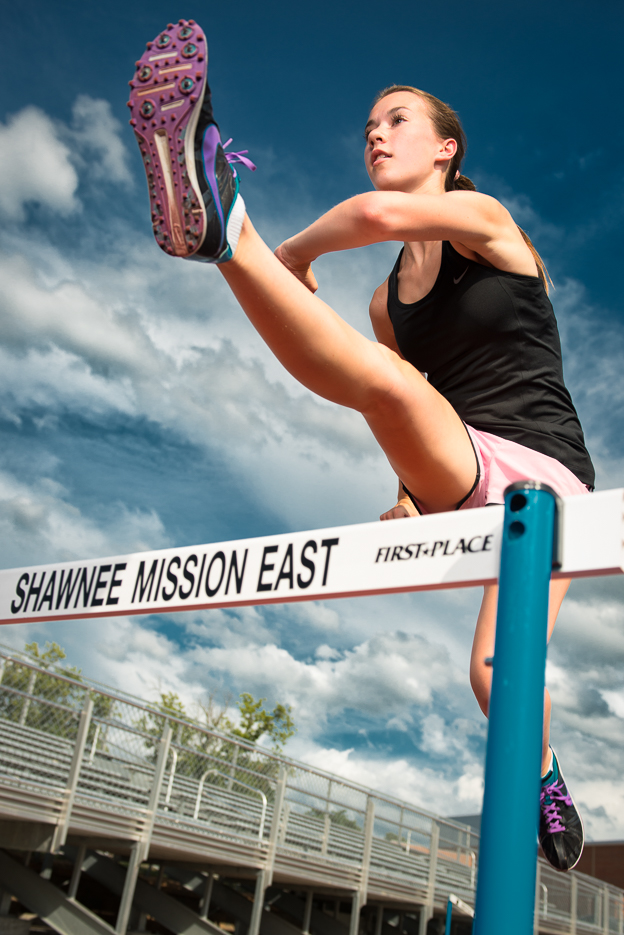 Remote Camera shots: Use a simple setup. The camera sits on a small tripod ball head mounted on a ground plate (fplate for me) for balance and stability. The small ball head aids in quick adjustments. 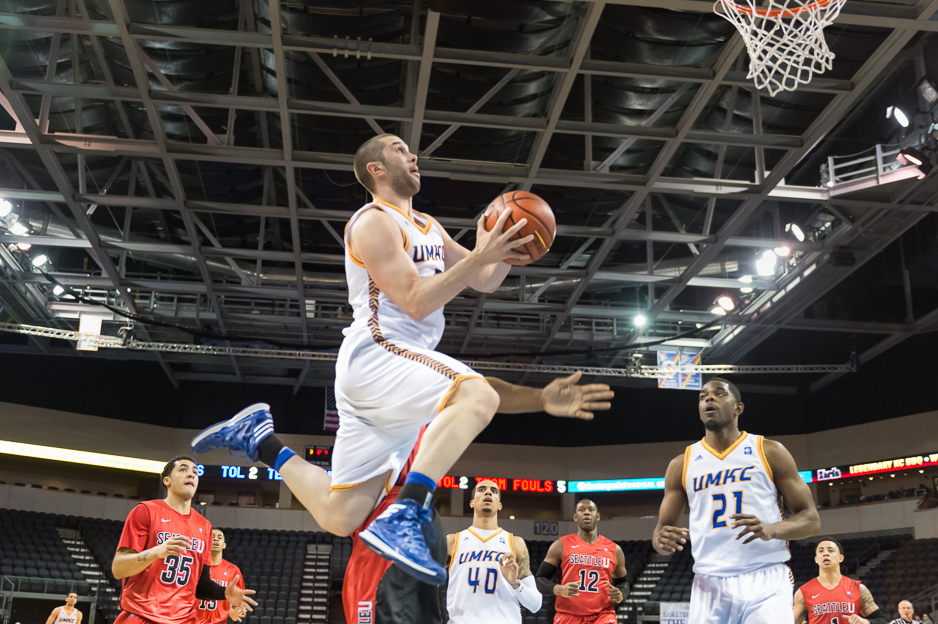 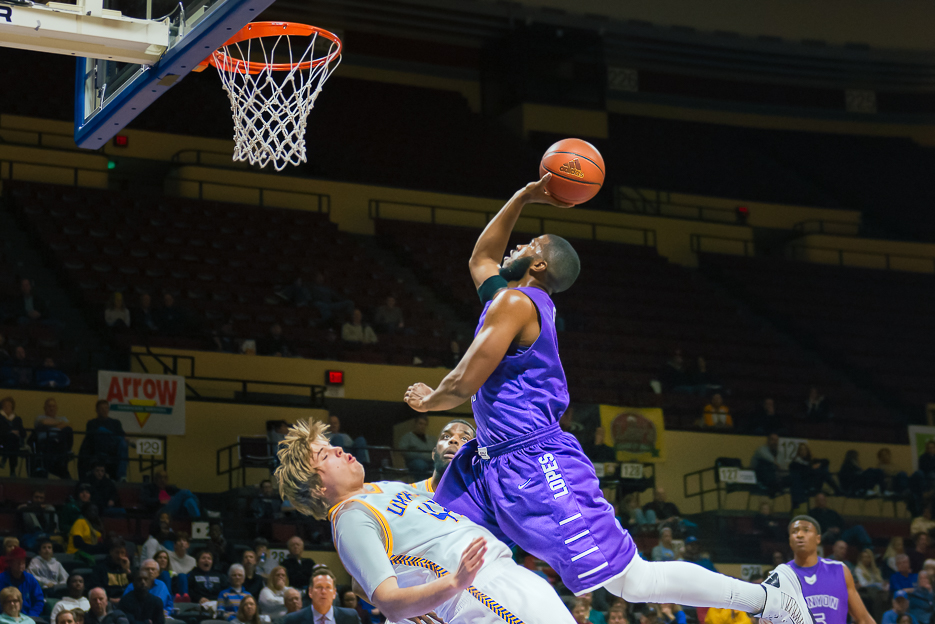 Atop the remote camera sits a wireless radio transceiver connected to the camera by a cable (a 10 pin connection on a Nikon D4 – Pocket Wizard model N10-ACC-1) that simply triggers the camera’s shutter remotely.  The triggering transceiver is far away in your hand.

The magic of remote shooting is the placement of the remote camera where a human could not be, such as behind a soccer net virtually flat to the ground. 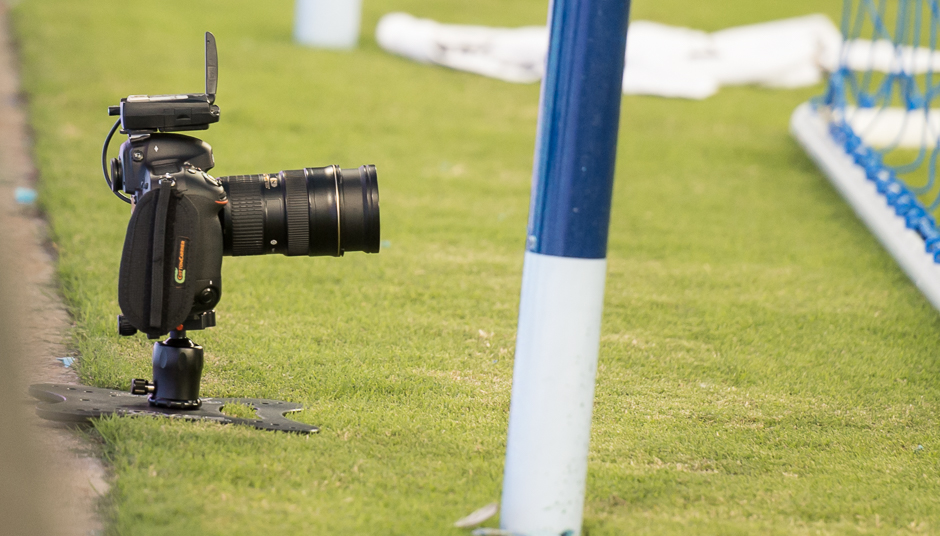 That placement not only gets a unique shot, but the effect with a wider lens is an almost panoramic view of the action with the arena or stadium in the background and can add a sense of emotion and moment. 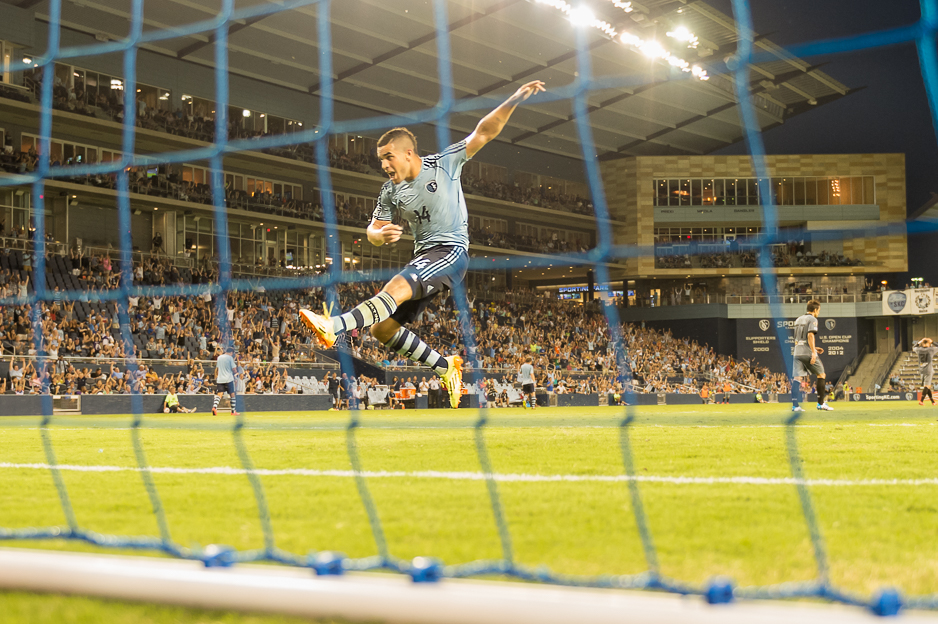 There is also the signature SI shot from the rafters over a basketball hoop as the big guys sky for a rebound (my rafter experience comes this next season). 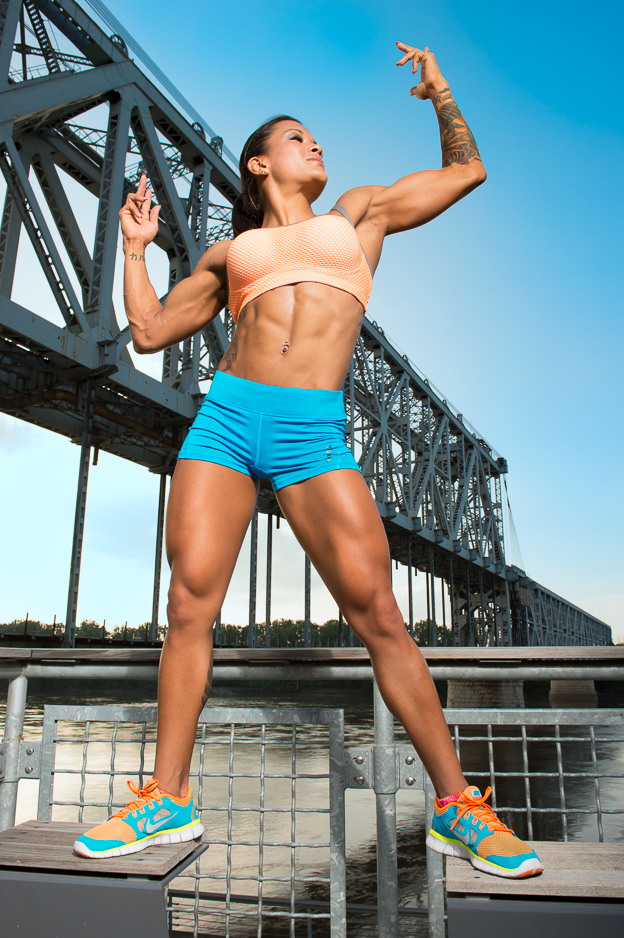