do :: or :: diso returns after a couple of months of R ‘n R. For the coming few months, do :: or :: diso focuses on  particular sports that should be accessible to you to shoot with just a little planning.  This month, we are all about running. “Running isn’t a sport for pretty boys…It’s about the sweat in your hair and the blisters on your feet. It’s the frozen spit on your chin and the nausea in your gut. It’s about throbbing calves and cramps at midnight that are strong enough to wake the dead. It’s about getting out the door and running when the rest of the world is only dreaming about having the passion that you need to live each and every day with.” (Paul Maurer, The Gift – A Runner’s Story).

Running is the most basic of sports. We can all do it and almost no gear is required. We can all make running images.  It is accessible – there are meets throughout the spring, summer and fall at every level — and you should be able to get into a meet to shoot it if you find the right person to ask and you are respectful of the athletes.  You can usually also find a high school or college runner who will run for you in exchange for some of the pictures.  Those shots will give you the chance to use lights and really add some zing to the shots.

Running images should give a sense of speed, competition, and grit. Get close, then crop even closer, and go wide sometimes. 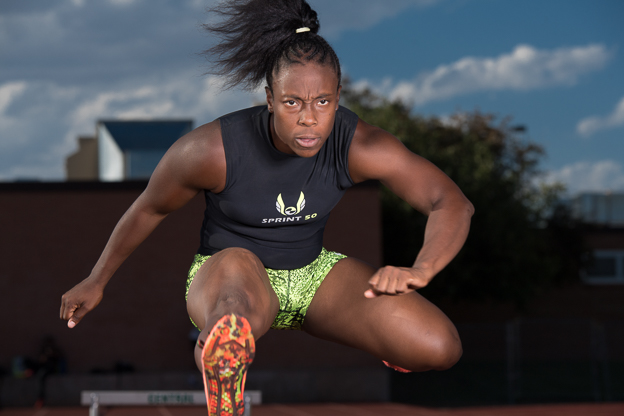 Try a 70-200mm lens and really get into the eyes of the runner / hurdler as she goes over a hurdle. 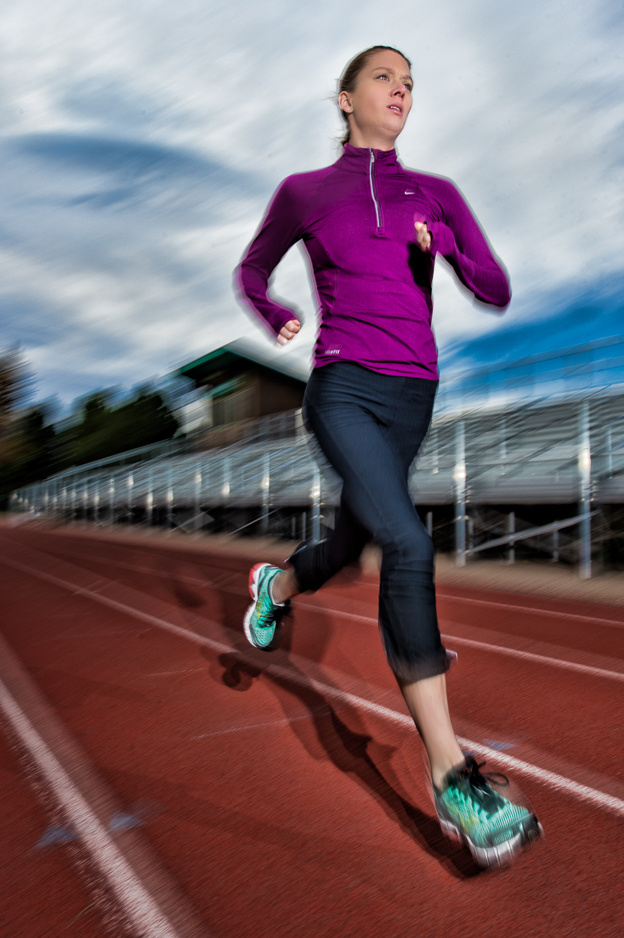 Here, flash was used to freeze the runner while a slower shutter speed was used to pan and blur the bleachers in the background a bit. The result is a sense that Janice is speeding by (which she was).  I am also partial to running shots where both feet are off the ground.  When you can capture that particular moment, it adds to the sense of movement as well. 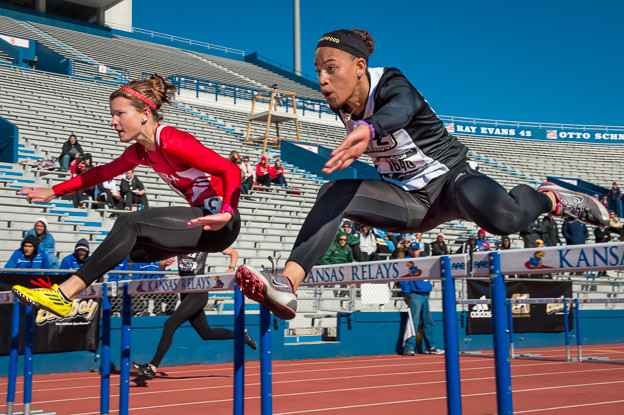 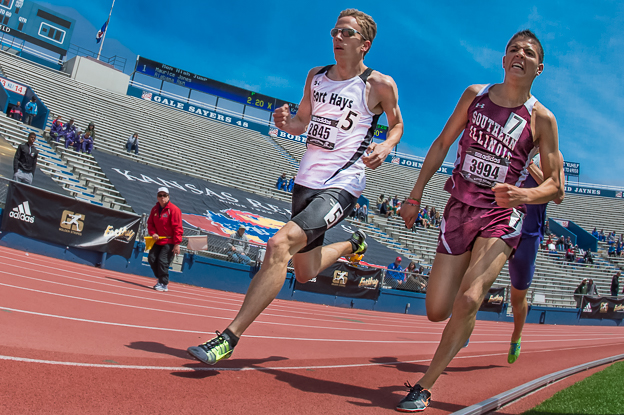 Metering during a daytime track meet can be a little tricky.  You want nice blue skies but you do not want silhouetted runners.  I favor completely manual settings (other than white balance where auto WB will work fine) and then play around a bit until you have the right balance of shutter speed to capture the action, aperture, and ISO. 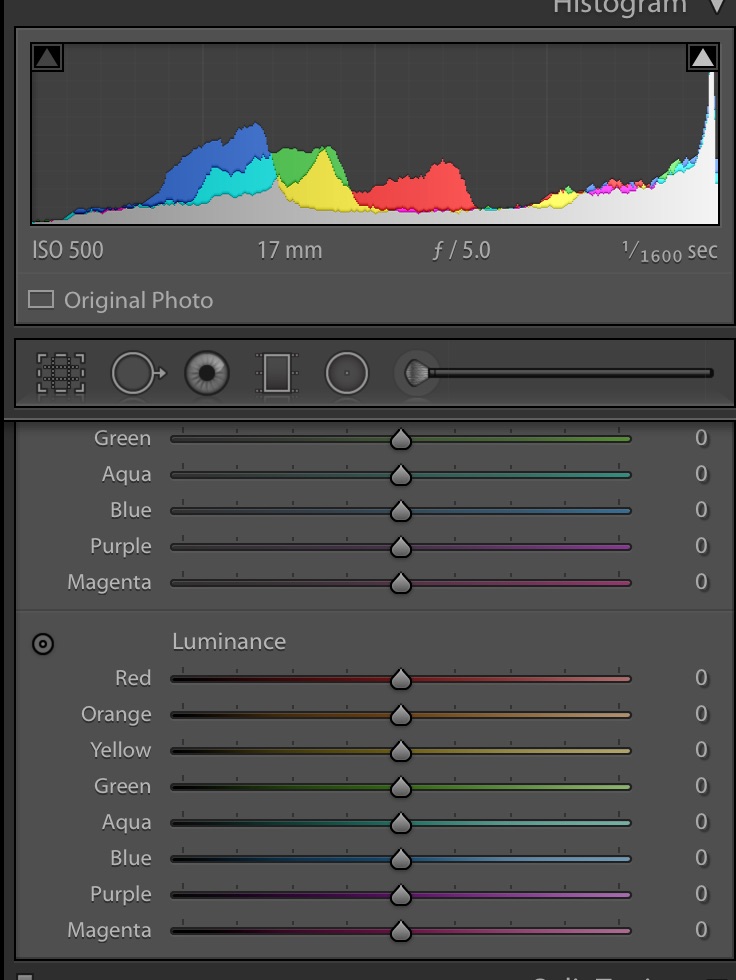 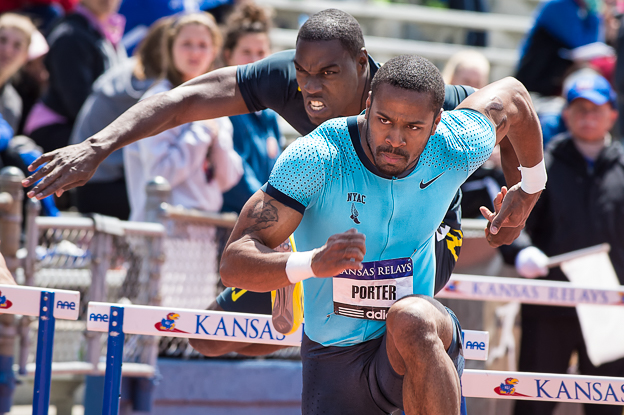 The eyes (and in this case the facial expression) tell the story of the runner’s thoughts.  The eyes are the grit. 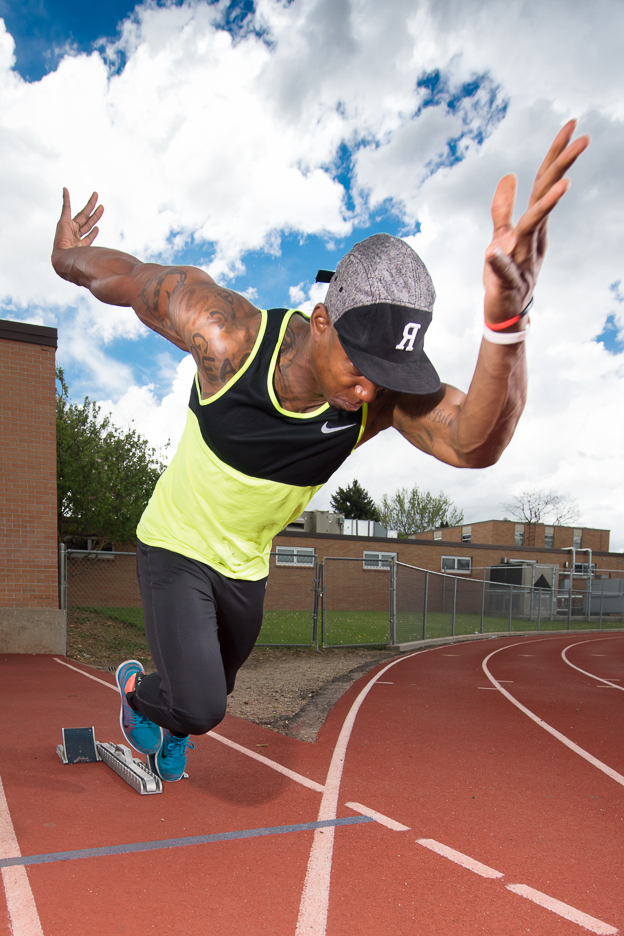 Use of a super wide angle lens (here a 14-24mm lens) will distort the picture but in a way that is cool.  Here, it elongates Thal and gives a real sense of him exploding out of the starting blocks.

I am partial to hurdlers.  I am amazed at how they seem to just step over these obstacles without breaking stride. 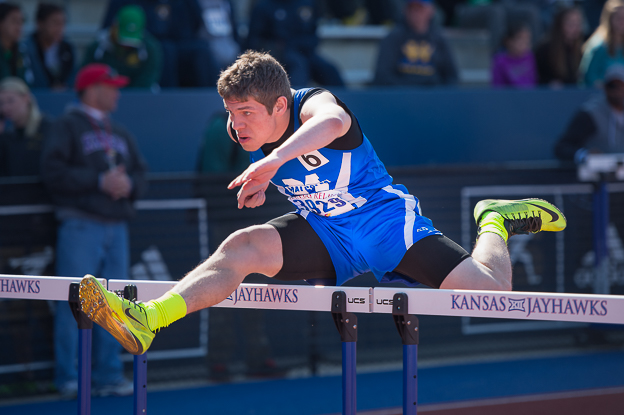 Shooting hurdlers with lights (camera left and right) at a track (not at a match of course) gives you the chance to freeze the action and get very close with a wide angle lens.  With the right hurdler, a shoot at the track can be very rewarding and quite a bit of fun for you and the hurdler. 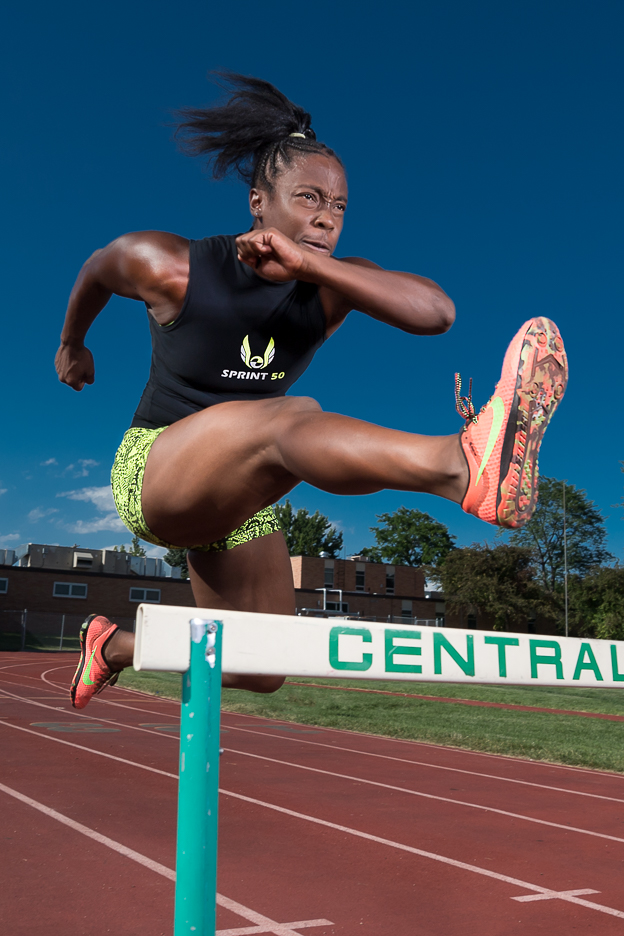 Find a runner and find a meet, and get some shots at the track! 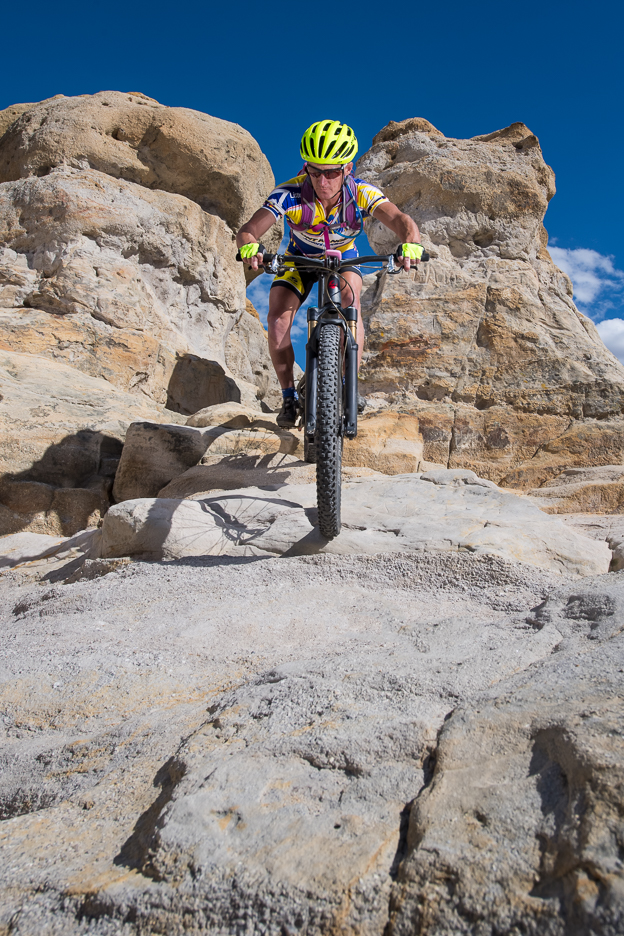