This month do :: or :: diso hits the tennis courts and looks at the sport of the French and English Royalty.  Court tennis has its origins in France during the Middle Ages and became a favorite of British royalty, including King Henry VIII.  That tradition continues today at Wimbledon, the grande tournament of strawberries and cream and Royals patronage.

Today’s tennis “belongs to the individualistic past – a hero, or at most a pair of friends or lovers – against the world.”  Jacques Barzun.  Some athletes relish and thrive in the loneliness of individualism: “I enjoyed the position I was in as a tennis player. I was to blame when I lost. I was to blame when I won. And I really like that, because I played soccer a lot too, and I couldn’t stand it when I had to blame it on the goalkeeper.” Roger Federer.  The notion of the intensity of the hero against the world led Jimmy Connors to observe:  “People don’t seem to understand that it’s a damn war out there.”

The intensity, the loneliness, and the war are the traits to look for when photographing the sport.   Use as high a speed as you can and as wide open an f stop as possible to freeze the action and isolate the athlete.  Get as close as the umpire will allow (not all matches are Wimbledon; in many college contests, you can position yourself near the umpire’s chair) and fill the frame with a 70-200mm lens.

Look for the eyes – locked in: 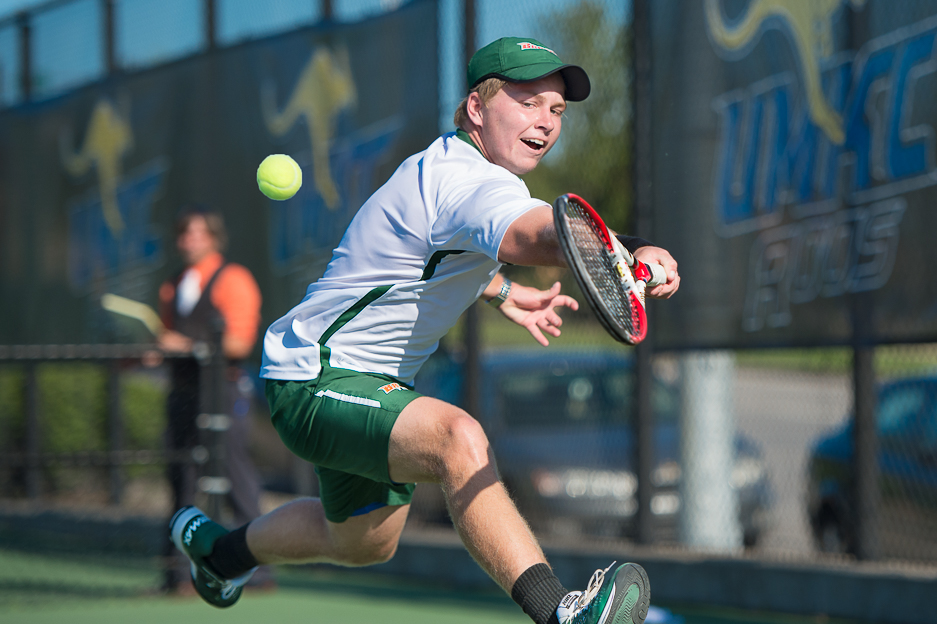 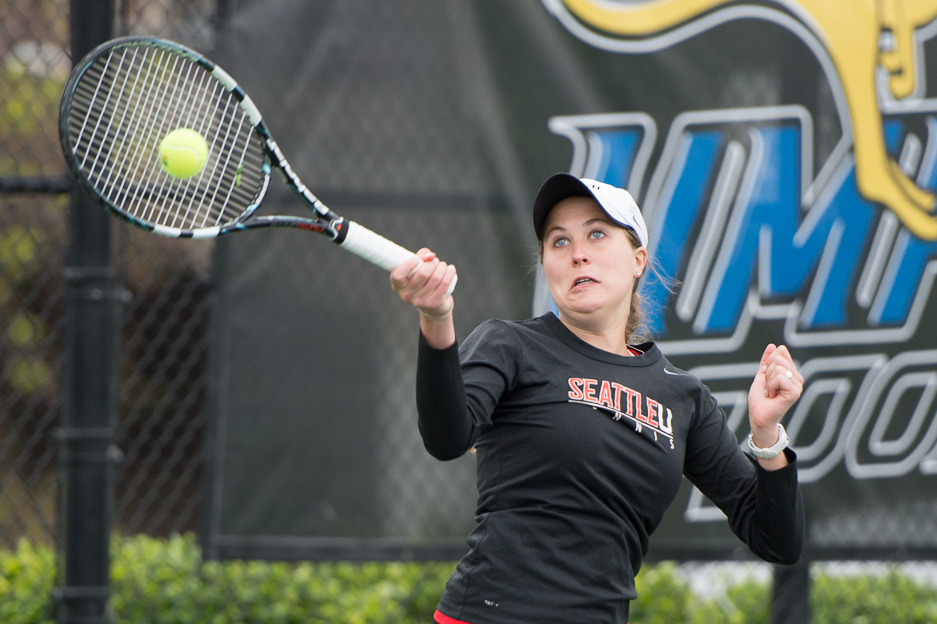 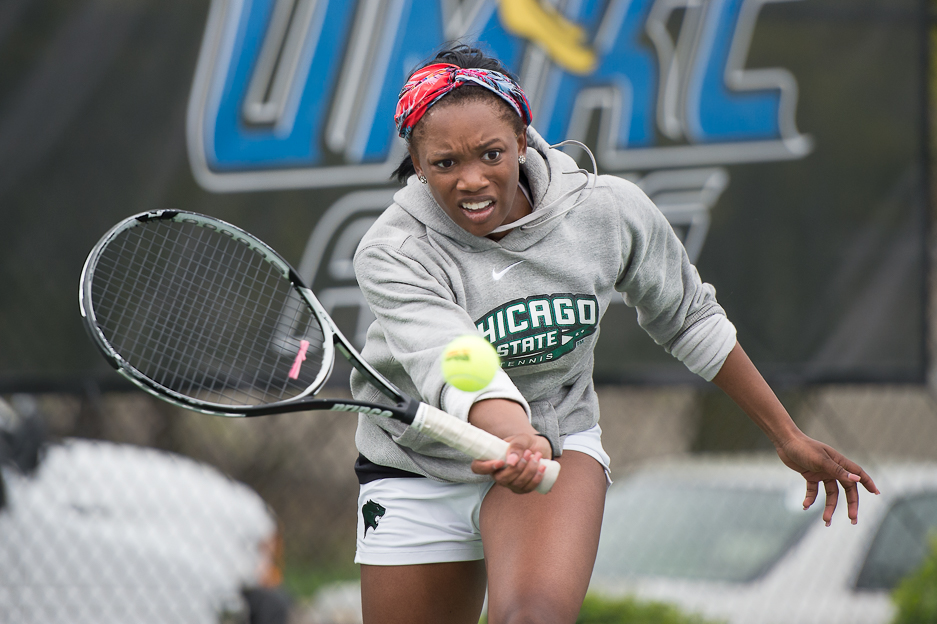 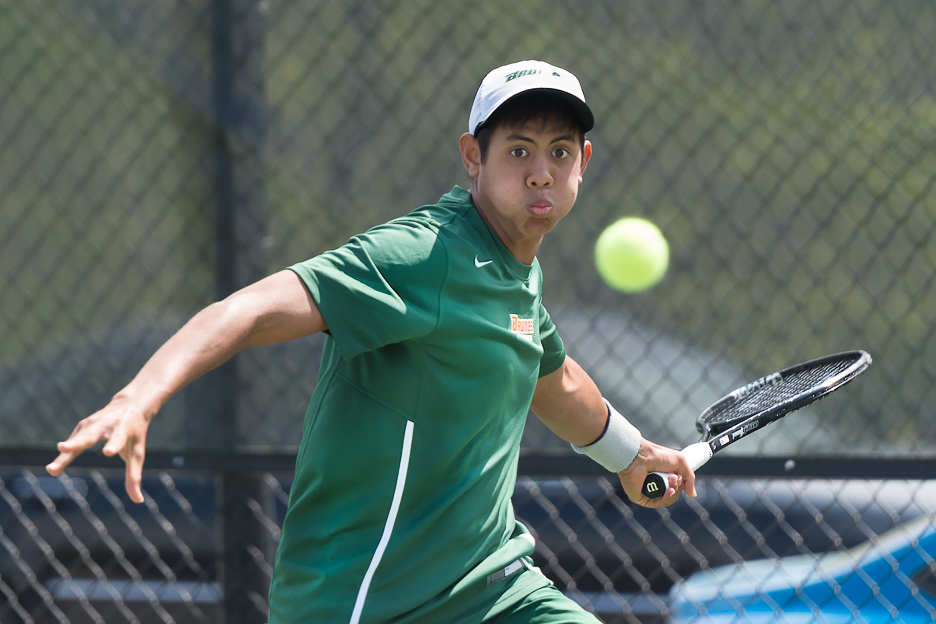 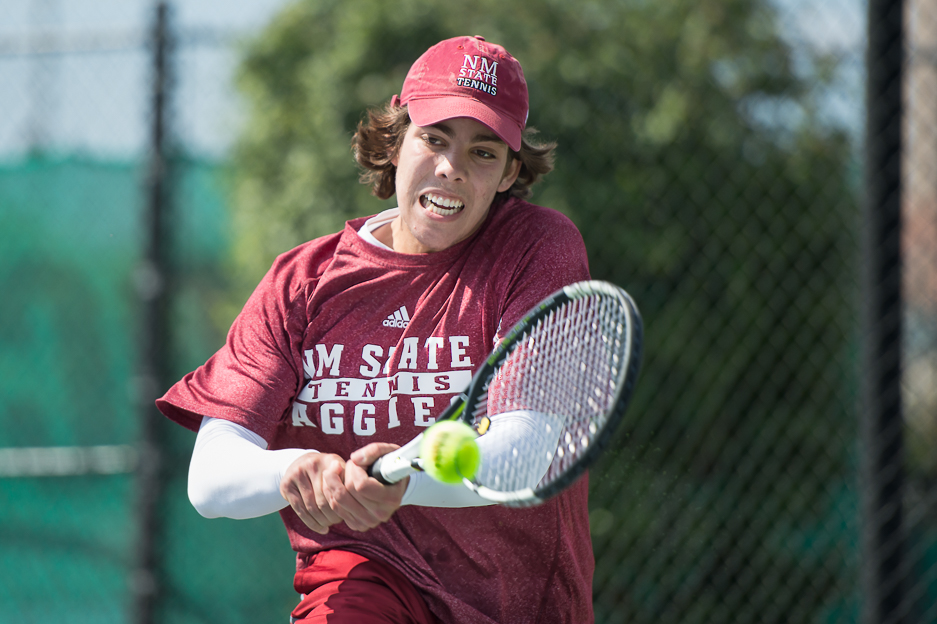 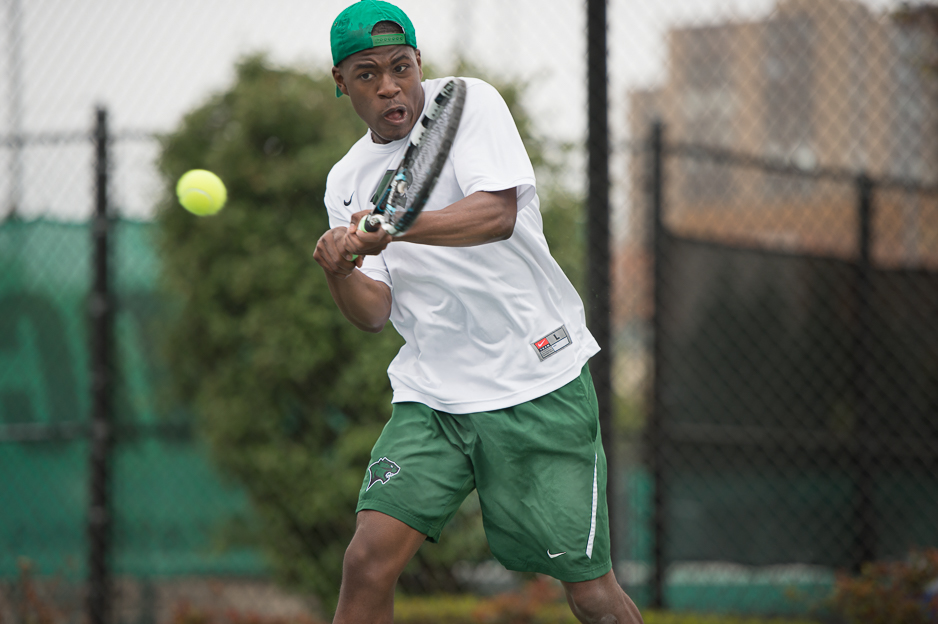 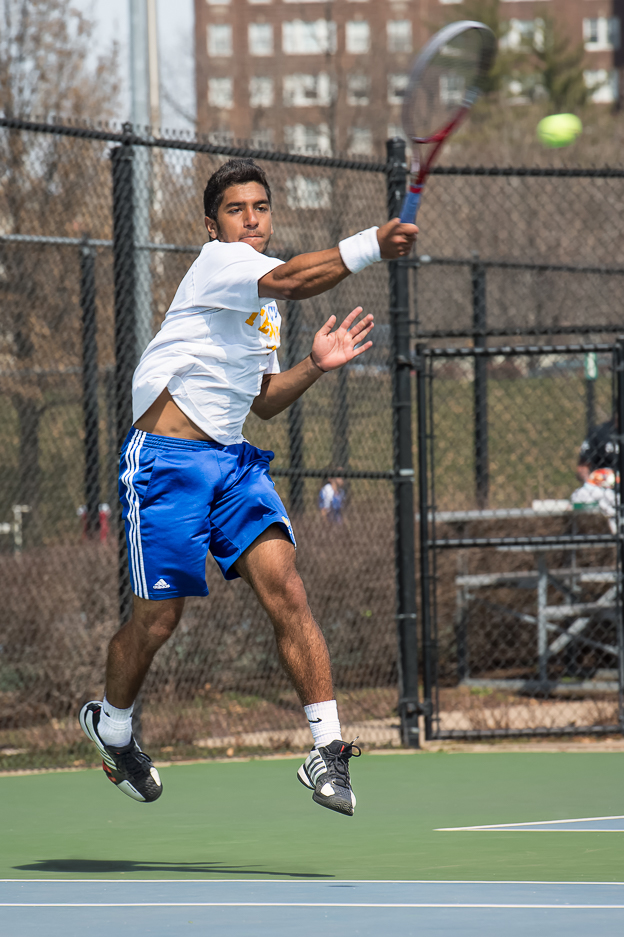 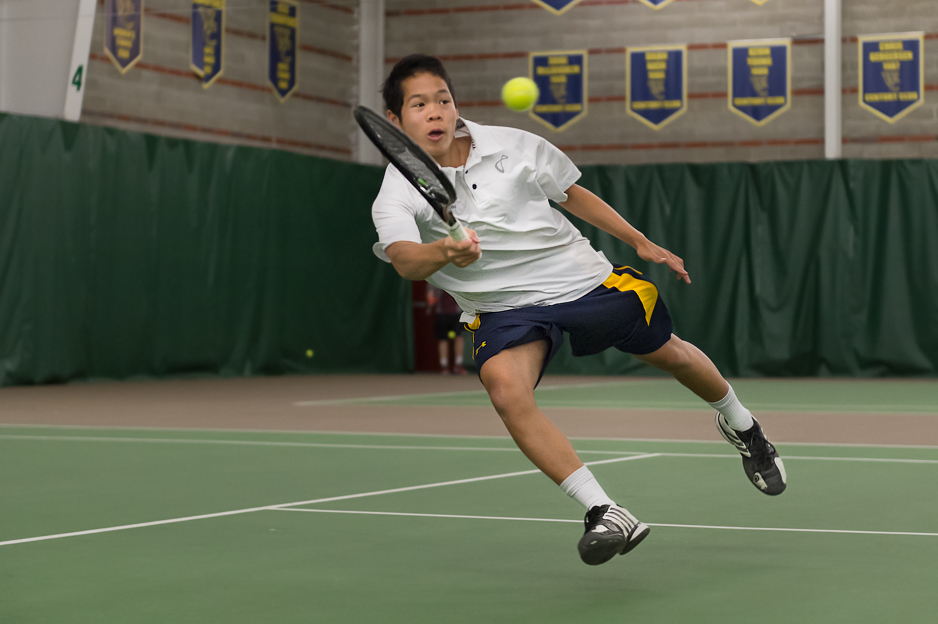 The shot through the racket, as if the racket was a knight’s armor: 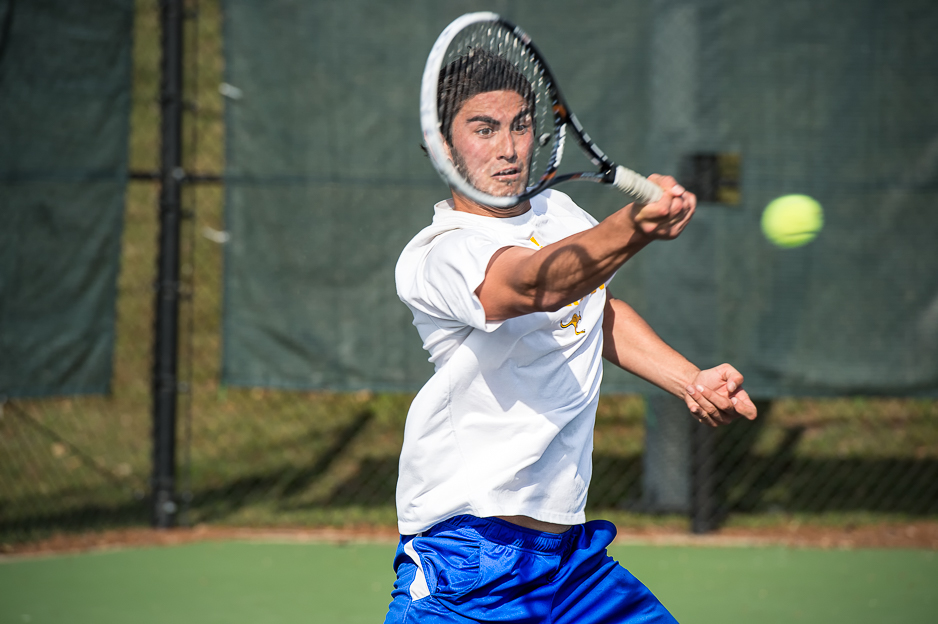 Use the camera’s burst mode to catch the ball on the racket strings: 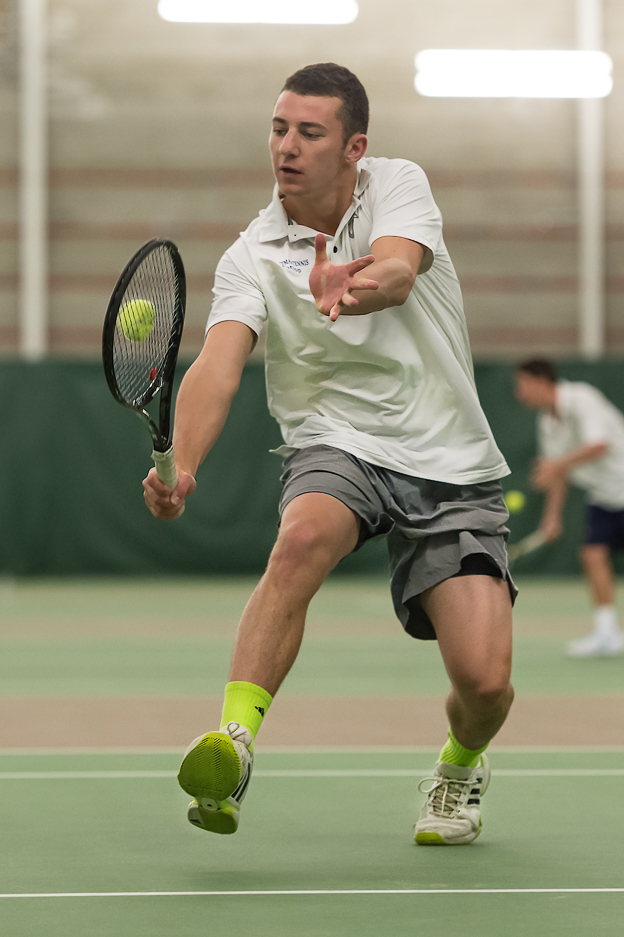 And catch the emotion. Nothing shows the war, the attitude, and indeed the loneliness better than the emotion.  Keep shooting after the point ends to catch the winner’s and loser’s reaction. 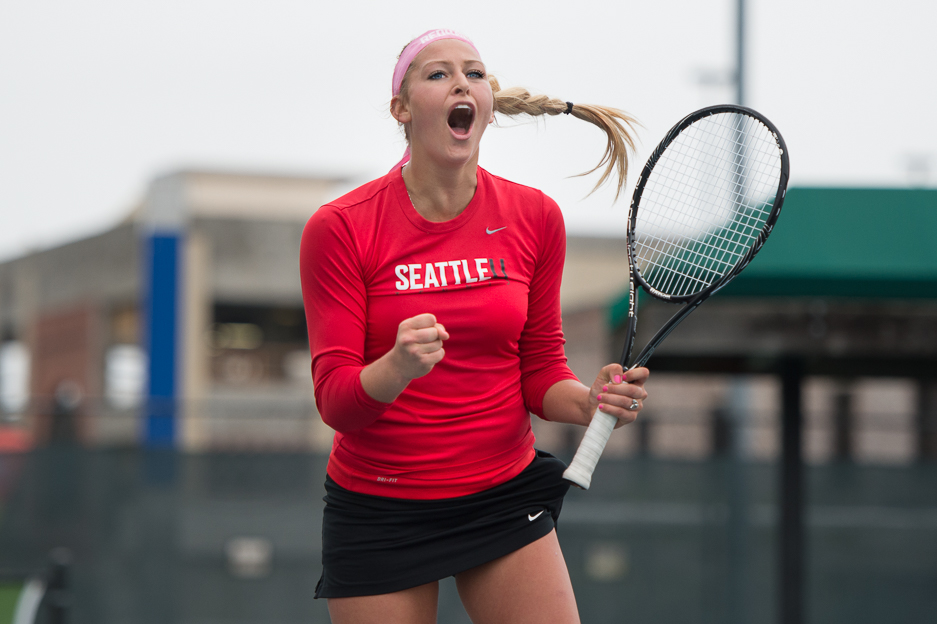 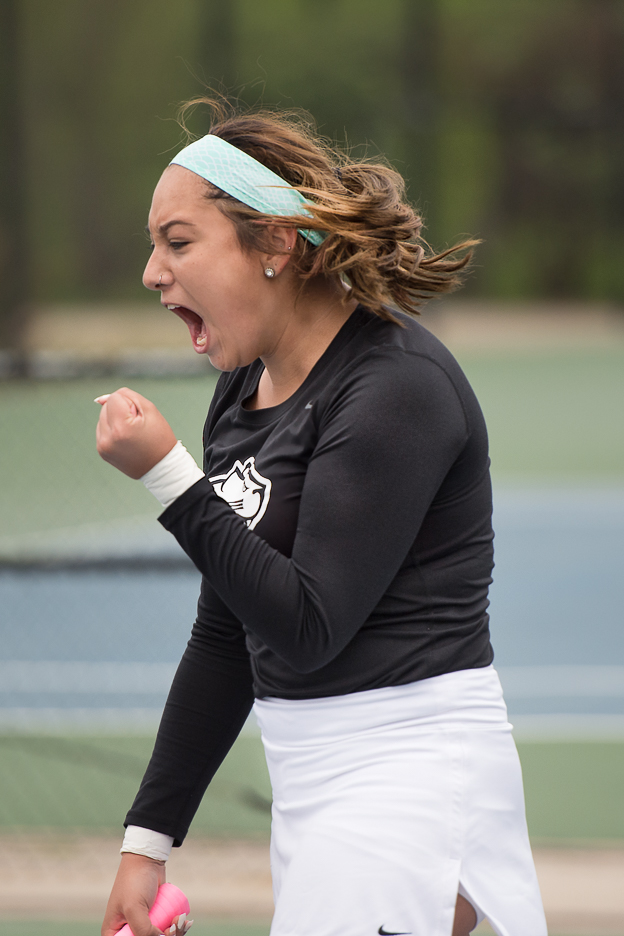 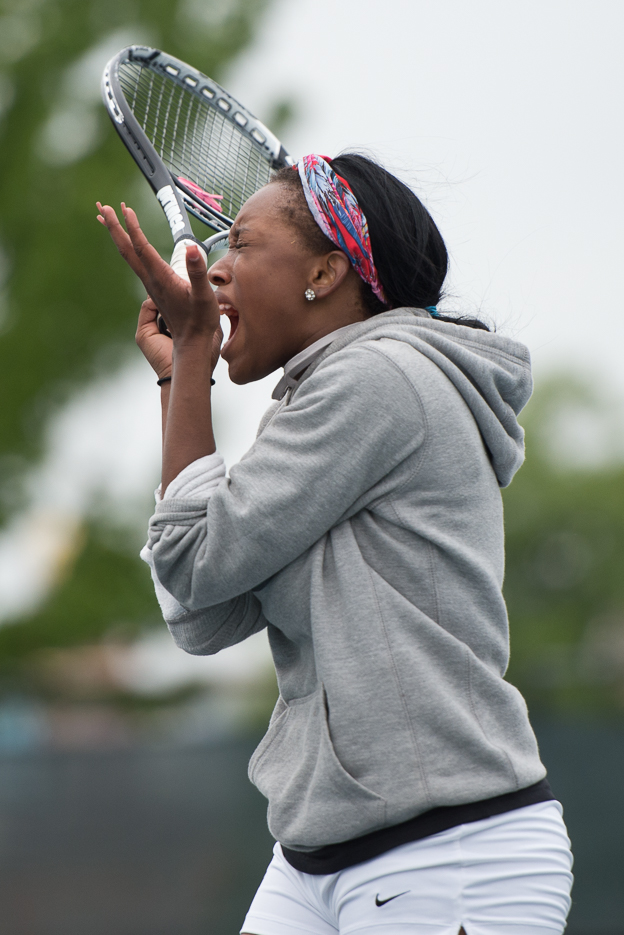 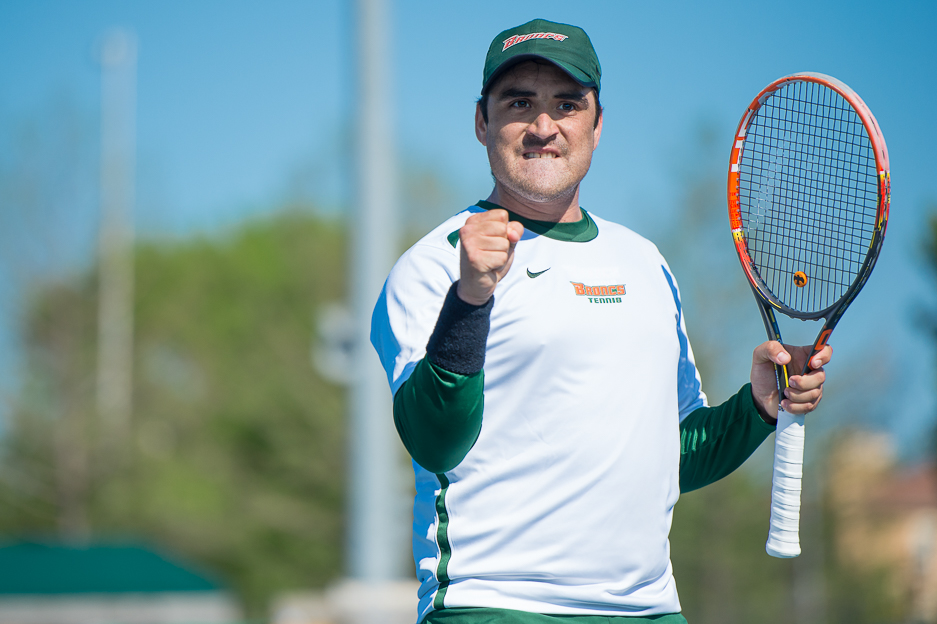 And catch the sheer silliness after the victory: 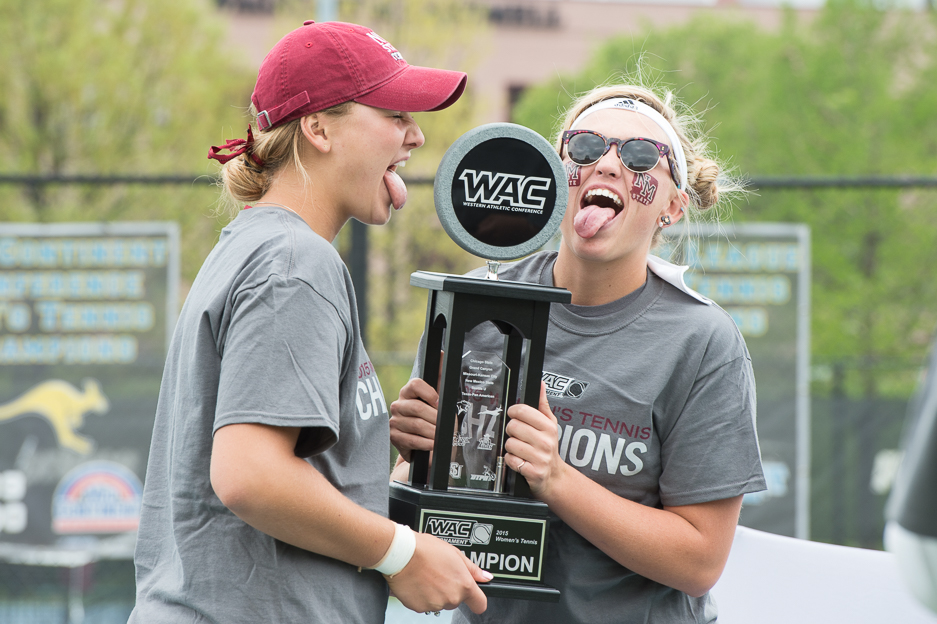 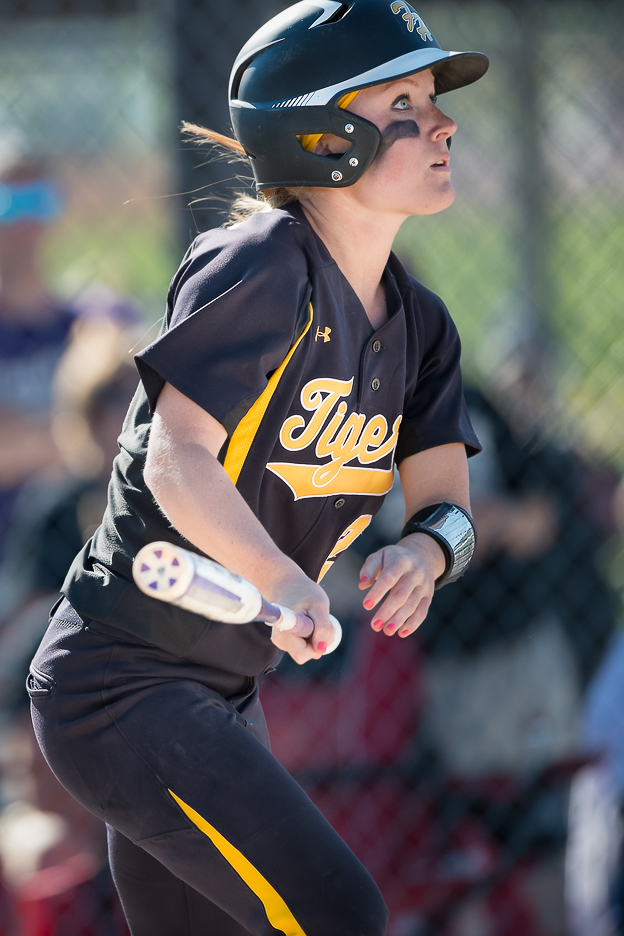